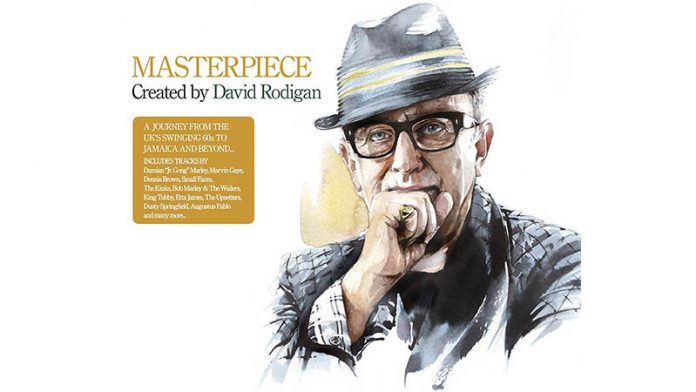 After watching Reggae Fever – David Rodigan on BBC 4 yesterday it would only be right to share our respect to the master that is David Rodigan. As mentioned, many times in the program he may not have the look but surely has the heart and rhythm of a true lover of reggae music.

He has stated that his passion for Jamaican music was initiated by watching Millie Small perform her 1964 hit “My Boy Lollipop” at the Ready Steady Go TV show as a schoolboy. By the age of 15, Rodigan was DJing at school dances and youth clubs. Leaving school in 1970, he kept his passion for music alive, selling records in Oxford then Putney, before obtaining a job on Radio London in 1978 to alternate with Tony Williams on the Reggae Rockers programme. A year later he was offered a permanent slot at Capital Radio to present Roots Rockers, which ran for 11 years.

In 1990 a change in Capital Radio’s management and music policy led to Rodigan leaving to start a new show for Kiss FM when it relaunched that September as London’s first legal 24-hour dance music station. He hosted the Sunday-night slot from 11pm till midnight until November 2012, when the slot was moved to midnight and he resigned in protest over what he called the “continued marginalisation” of the reggae genre.

Here are just a few additional mentions that highlight acknowledgment of his work:

In Rodigan’s words “I am absolutely delighted to be joining BBC Radio 1Xtra where I can share my passion for both new cutting-edge reggae and classic cuts, reflecting a genre of music which continues to play a paramount role in urban bass culture music.”

David Rodigan Reggae Revellers thanks you for sharing the love and passion that is reggae music – Truth, honour and respect @ReggaeRevellers

Champeon brings back the intimate vibe with ‘Slow Wine (For Your...