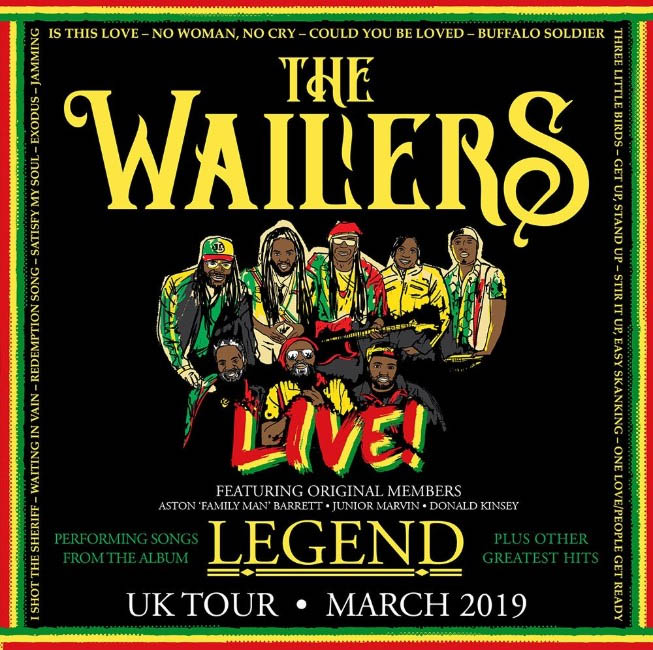 The Wailers will tour the UK next spring

The legendary reggae outfit, which played with Bob Marley and continued to perform after his death, will call in Newcastle, Leeds, Glasgow, Warrington, Liverpool, Nottingham, Birmingham, Manchester, Norwich, Southend, Bristol, Cardiff, Bournemouth, and London between March 8 and 23.

The band, which currently features original members Aston ‘Family Man’ Barrett, Junior Marvin and Donald Kinsey in the line up, will perform tracks from ‘Legend’, as well as other greatest hits.

Tickets go on sale at 9am on October 12.

The Wailers Upcoming Tour Dates are as follows

Sizzla To Blaze A Fire At Good Times

Shinehead And Kingston 12 Hi Fi to Host ‘Master Class’ With...