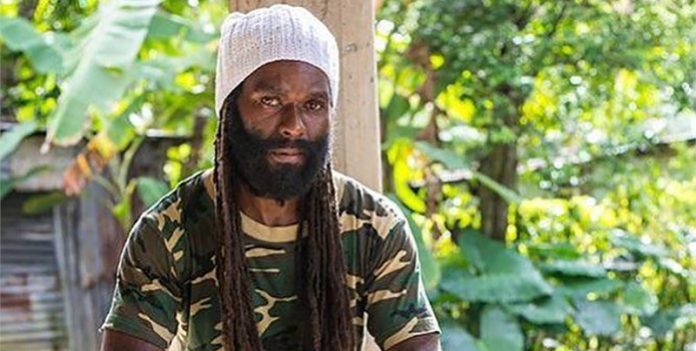 Taffari is a Jamaican singer who was born as Boris Anthony Silvera. From the tender age of 14 he decided to become a professional singer. Taffari has a remarkable and recognizable singing voice which has brought him on a long journey in his music career. This journey is not only a result of his astonishing voice but also his inspirational and spiritual lyrics. Evidence of this can be seen in his first album, “Addicted to Music “. This album was released in 2004 by ALTAFAAN Records – a label which he is a member of.

The success of this album and the single of the same title brought Taffari to perform on festivals all over Europe. He then moved to Germany and lived there for a while. During this time, he met the musicians of BuffBaff Records aka The Evolution Band. This was very instrumental for both the band and Taffari as this was their first appearance on international festivals.

Unfortunately, in 2006 the common path was interrupted when Taffari moved back to Jamaica. For almost a full decade, he lived in seclusion as a means of renewing and rejuvenating his inner strength. Taffari then led us know that this eremitical era came to an end in 2015 with the release of “Life Changes “, (World A Reggae Entertainment) – a relic of Peter Tosh’s “Rastafari Is” instrumental.

The reunion between Taffari and the Evolution Band initiated when Giuseppe “BigFinga” Coppola (drummer of The Evolution Band and producer) sent Taffari some instrumental tracks. One of the instrumentals drew his attention instantly and during that moment the lyrics for “Reggae Inna My Soul” came out spontaneously and it all fitted together.

“Reggae Inna My Soul”, is the first release of a song by Taffari on BuffBaff Records and will be available on all digital platforms on March 26th 2021.

TriXstar Release Own Way The First single From The Forthcoming EP...