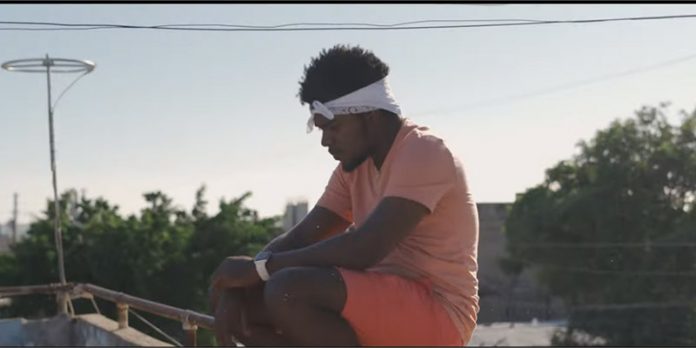 Kingston, Jamaica (Powerhouse Global Media) Recording artiste Di-Ruption has channeled his own experiences into a stunning new single titled “From That Place.” Released on March 15, 2021, the track was produced by Star Quality Records.

“This song is about the struggles and the day to day recurrence of living in the ghetto. It talks about situations such as friends hurting friends for the simplest of things; it’s like a dog eat dog world,” the artiste explained. Premiered along with the heartfelt accompanying visuals, the song has been gaining traction, with over 14,000 views so far on YouTube. With scenes from Denham Town and Tivoli Gardens, the video was shot and produced by Jus Hugh Productions.

“This song will do great with great promotion,” the artiste expressed, adding, “I’m expecting this song to bring me a lot of new listeners and also to highlight the positive message that it entails.”

The release of “From That Place” precedes Di-Ruption’s upcoming EP, “Different Side.” While a final date has not yet been confirmed, the artiste is planning to continue releasing singles and build the buzz from now.

“This EP will feature about 7 or 8 songs, we’re working on finalizing the tracks at the moment,” the artiste revealed.

With past releases such as “Astronomy”, “My Choice”, “Speed Off” and “Know Where”, Di-Ruption has created his unique sound by marrying his singing and deejaying abilities.

“I have been told that my voice is my greatest asset. I think it hits deep when I open my mouth because I’ve done songs that have brought people to tears so I fully agree with that sentiment,” he stated. Busy on the airwaves over the past year, the artiste has kept his connection with his fans new and old by communicating regularly through livestreams on Facebook and Instagram.

“The feedback has been great over the years. I was on quite a few shows before the pandemic and right now, the fanbase is growing and the comments are coming in,” he said.

With the new EP in tow, the artiste will not be stopping there, as he already has other soon to be revealed projects in the works as well.

“The reception alone for the new music has put me in a very confident place, so we will be working even harder and smarter to make sure the outcome matches the effort,” he expressed.

“From That Place” is available for purchase and streaming on major digital platforms online.