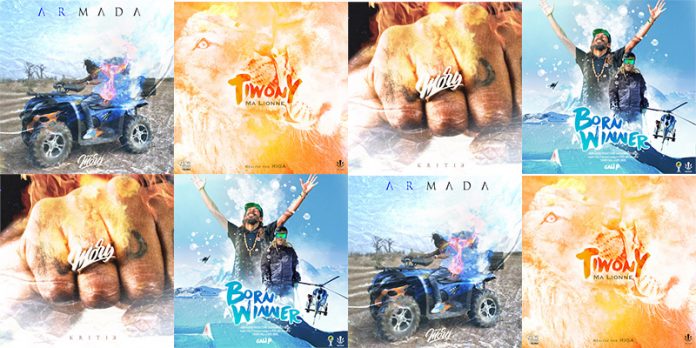 HEMP HIGHER PRODUCTIONS is a Swiss Based Label founded in 2010 by Gary “Riga” Burke. The label specialised first in Reggae & Dancehall releases and rose to prominence within the European independent music scene by being one of the first labels to introduce artists such as MASICKA, JAHMIEL, CALI P, RANDY VALENTINE to an international audience.

The label hit a winning streak between 2013 and 2016 by producing 4 No1 Albums on the iTunes reggae charts and started touring inter-continentally with their artists. In 2017, the label merged with Barcelona based Agency RHYTHM & FLOW in order to become one of the leading independent agencies on the European reggae and dancehall live booking market, securing over 600 live shows for their clients between 2017 and 2019.

With the changes incurred by the global pandemic, and the fall of the live music industry, RHYTHM & FLOW split in to sub brands in order to focus on different markets: GUSPIRA RECORDS (Based in Barcelona and focused on the Spanish urban music market) and HEMP HIGHER PRODUCTIONS was re-ignited (based in Geneva and focused on the European reggae market).

Since the beginning of 2021, HEMP HIGHER PRODUCTIONS has been releasing a string of singles and racking up hundreds of thousands of streams across multiple platforms, including “Born as A Winner” From CALI P (Which was licensed DISNEY for a feature in the 2021 XGAMES REALSKI competition), “Kritik” from french reggae legend DADDY MORY (which is being hailed as a French Reggae Classic already), and “Ma Lionne” from TIWONY (which has been included on all major french reggae playlists on SPOTIFY and APPLE MUSIC, and playlisted on TRACE CARRIBEAN as well as NRJ ANTILLES).

On Friday they released DADDY MORY’s second single “Armada” from his forthcoming album entirely produced by HEMP HIGHER PRODUCTIONS including some very special features. The visuals for “Armada” were shot in Senegal by RAYDI VISUALS & SICK SHOTS VISUAL CONCEPTS.