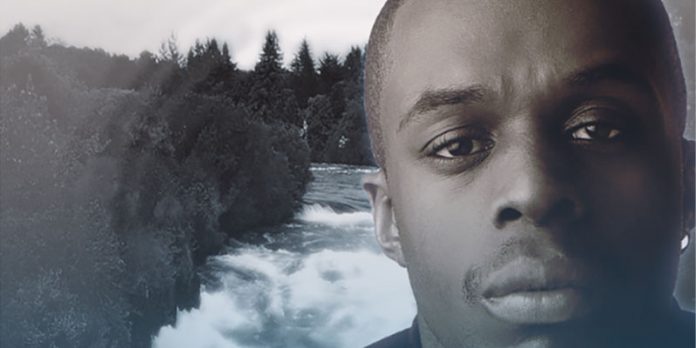 Big Lion Productions is an independent record label formed by singer/songwriter/producer Phillip Leo as a vehicle outlet for his songs and music compositions.

Back in February 1988 Phillip Leo signed with UK label Fashion Records as a singer/songwriter. By September of that year he had reached No. 6 in the UK Reggae Charts with his highly acclaimed first single Rocking the Night Away”/”Food of Love”.

Phillip went on to establish himself as a successful songwriter/producer, with a string of reggae hits by other Fashion acts, including the No. 1 hit single “Two Timing Lover” by Janet Lee Davies, “Crazy Feeling” by Peter Spence, “Lets Show the World” by Nerious Joseph and producing the lovers duo Zuruchi’s first single “Celebrate Our Love” winning Reggae Songwriter of the Year two consecutive years in row in 1989 and 1990. Phillip also done sessions on drum programming, keyboards and backing vocals on a string of recordings by artists like Barry Boom, Nerious Joseph, & Cutty Ranks and also producing 2 songs for the Sandra Cross album “Foundation Of Love”.

As an artist in his own right, Phillip reached No. 2 with “I Wanna be Loved by You”. He then produced the hit singles “Why do Fools Fall in Love”, “Good Thing Going” and “Young, Gifted & Black” which were duets with DJ superstar CJ Lewis. His debut album in January 1990, entitled “Lover of Music”, which included 9 of his own original compositions, reached No. 3 in the Reggae Album Chart to great critical acclaim and featured top ten reggae singles “I’m Missing You”, “We Belong Together” (duet with Marie Dawn) and debut single “Rocking The Night Away”.

A desire to expand his talents into other areas of music, ie: soul/dance, led to a prolific writing partnership with bassist/songwriter Steve Bingham of which they wrote over 170 titles together, this led them forming the Breakin’ Loose record label as an outlet for their songs. The first single entitled “Hypnotic Love”, which included 4 entirely different mixes of the song featured DJ CJ Lewis and reached No. 1 in the UK Reggae Charts. “Hypnotic Love” remained in the chart for an outstanding 6 months. This was followed by the single “Today”, which had the same format of 4 mixes and was also the title track of his second album. “Today” reached No. 5 in the UK Reggae Chart and showcased the different genres Leo had expanded into, side A featured songs in the soul/r & b genre while side B stayed within the reggae/lovers rock genres which Leo was known for.

Having learnt about running his own record company, Phillip went on and founded the label “Sharma Productions” (which he later renamed Big Lion Productions).

After a string of releases Phillip was approached by EMI Records. He then signed as a recording artist. This led to 2 top 60 National Chart positions “Second Chance” and “Thinking About Your Love” which featured the DJ Top Cat on the street versions, opening up a whole new market for him. Whilst he was with EMI Records Phillip also Produced CJ Lewis’ first major album “Dollars” recorded for MCA Records of which he had a No. 3 with “Sweet’s for my Sweets” and another 2 consecutive releases which reached the UK top twenty in the British Mainstream National Chart. The album went on to sell over 500,000 copies worldwide. CJ’s second album “Rough & Smooth” again produced by Phillip went platinum in Japan, had a No.1 taken off it called “ R to the A” in France and sold over 1,000,000 copies worldwide. Phillip then got his own record company Sharma Productions back on the road. His next release his third album entitled “Just 4 U”. The first single from the album is called “Angel Heart”/”I Wanna be the One”, which sparked a lot of interest especially in Japan. This led to being asked to appear alongside other British and Jamaican reggae acts on Japansplash, a yearly event which takes place in different towns across Japan over the course of 6 weeks.

In May 2017 Phillip Leo released an album called “Faithfully”, this was his 7th vocal album released to date , the first EP off the album was “Feel So Good” and the second EP was “Your Life”. “Space Dub 2” is a follow up to “Space Dub” originally released in 1996. “Just 4 U” and “Down 2 Earth” & “Space Dub have been reissued and remastered for digital download and is also available now.

In January 2018 Phillip Leo launched the single “The Gift” which was the introduction to his follow up album “The Universe” which was released that summer. From this album came the singles “Hold On”, “Love Your Life”, “Don’t Judge Me”, “Escape” & “A Heart That’s Pure”, these singles also included remixes in the Ragga, R&B/Soul and Dance Genres.

Phillip has laid great foundations for him to become one of the worlds leading singer, songwriter, producers.