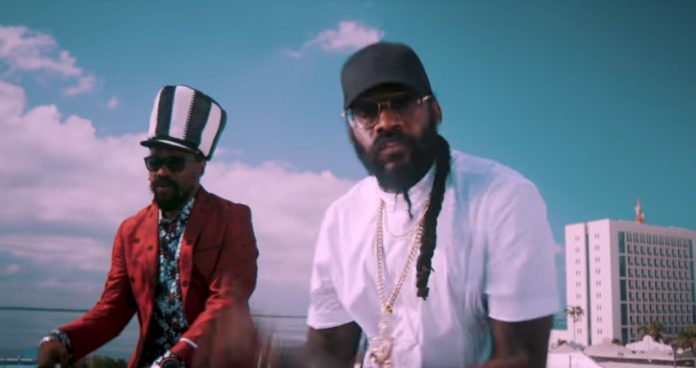 Legend Tarrus Riley born in the Bronx, New York and raised in Jamaica and well known father veteran Jimmy Riley started his recording debut as a teenager in 2004. His latest drop teams up with dancehall legend Mykal Rose delivering “Guess Who”.

The single samples Mykal Rose classic “Guess Who’s coming to dinner.” The track was directed by I.D. Studios and kicks off with a female in the hood doing hair and selling products. She makes it clear she is selling everything. Tarrus Riley rolls through the streets on a handcart in his Clarks Desert boots while belting out his vocals. The singer then joined Mykal Rose on top of a building as the sun shines down on the city.

“I come to mash up the place nobody taking my place / Don’t know the risk that we take just to put food on the plate / It no sunny today, lightening and thunder earthquake / Think you can walk in my shoe / You can’t even tie the lace,” Tarrus Riley sings.