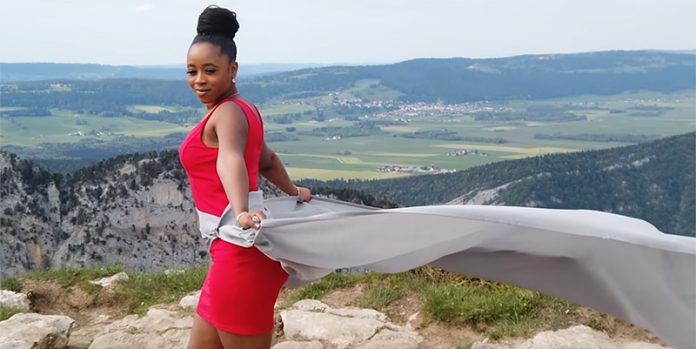 «Free up» is a song about raising your consciousness, about freeing yourself from mental boundaries. Samora believes that you can reach so much more in life if you let go of excuses, if you have a true belief in yourself and your abilities and if you are capable of breaking down the prison you’ve built around yourself. And she thinks that you should let every impact in your life become a chance for bringing the best out of you.

Samora got inspired for this song on a trip to the Swiss mountains where she experienced breathtaking moments that unleashed a feeling deep within her. So on her way back home she instantly started writing on the song. 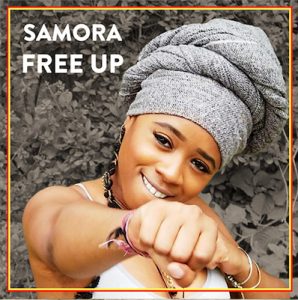 «Free up» was written on a riddim by Res Staudenmann. The original version of the beat however was written by Thomas Ola for Swiss singer Irina Mossi. Because this song was never released in this version Res Staudenmann decided to develop the instrumental, to record and mix it and to release a Riddim Selection called «Female Reggae Voices» on this instrumental, which gives several female Reggae artists a possibility to come together on one album, to be heard and seen, to gain more recognition and to reach a wider audience. «Female Reggae Voices» will be released in summer 2020.

Samora has a fantastic voice, full of fire and energy. She knows how to instantly steal everyone’s heart with her fresh, cheerful appearance and enthusiasm live on stage and her compelling music on her record releases: Her fresh and modern sound features reggae, dancehall, soul and pop, with which she appeals to a wide audience. She is not afraid of experimenting with raw edges in the development of her sound, which makes her so exciting and attractive. After her album «Moengo» (2019), her singles «Keep My Fire Lit» (2019), «Kofferbak» (2020) and «One and Only» (2020) she now comes up with an empowering and uplifting Reggae tune called «Free Up» – a song about growing wiser and becoming a better version of yourself by letting go of old routines which are holding you back.