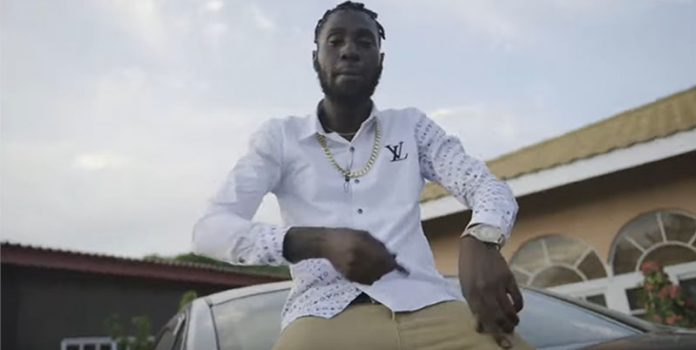 Dancehall artiste Shaddoh Blackz pulls all stops for his recently released single, “The Table.” Produced by Yg Insane Music and Iyon Lion Records, the track was released on January 16.

“This track is about issues in modern day relationships, such as different goals, cheating accusations, etc. It’s not much of a new topic in Dancehall but the way I tell the story is extremely different, along with a creative visual to help bring the story to life,” the artiste explained. The accompanying music video, which premiered on the Onstage TV YouTube channel on the same day as the track’s release, was directed by KD Visuals and has been gaining significant views and feedback so far.

“I’ve been getting good comments. People are mostly attracted to my flows which are always different,” he expressed, “I always expect the best for my tracks, so I expect this one to go as far as possibly even Billboard.”

Recently signed to Yg Insane Music, the Shaddoh Blackz has been recording music since he was 12 years and joined the professional game around 3 to 4 years ago.

“My music is mostly old school Dancehall fused with Hip Hop or Trap music. One of my favorite vocalists in Dancehall is Tenor Saw,” he stated. He’s had a few previous releases such as “Not Prostitution” which tackles recent issues with radio personality Jenny Jenny and public figure Mackerel. He has also released “Access Denied”, which speaks about struggles with violence and how to create a better path.

As he prepares for the year ahead, he urges his listeners to stay tuned for what’s next.

“I have a lot of great works in the pipeline so I would just advise my fans and well-wishers to look out for it,” he stated.

“The Table” can be streamed on major digital platforms online.