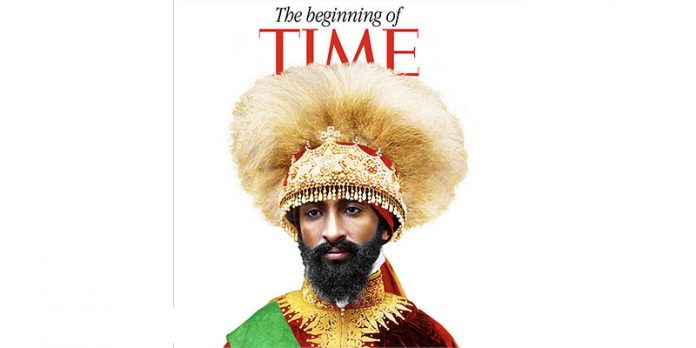 The timely track “The Beginning of Time” by Eesah, Capleton & Lutan Fyah released around the official start of the decade according to the “New Style Calendar”.

A tribute to H.I.M. Haile Selassie (Power of the Trinity), recognized globally as a direct descendent of King Solomon & The Queen of Sheba. In 1930 crowned in Ethiopia with the extraordinary titles of Kings of Kings, Lord of Lords, Light of Saba, the Conquering Lion of the Tribe of Judah.

From intro Eesah, the music industry veteran that is taking everyone by surprise, delivers in a mystical style. Mid verse comes the roar from globally respected artist Lutan Fyah, followed by one of the most recognized contemporary Reggae artists “King Shango” Capleton.

Irresistible music production from longtime tastemaker / DJ / Producer, King I-Vier and Grammy Nominated production duo Loud City. Co-production credit to Caspa Productions for help with recording. “The Beginning of Time” will be a Rasta anthem and a favorite of music fans for many years to come.

King I-Vier is an award winning Reggae Club, Sound Clash and Radio DJ-Producer based in The San Francisco Bay Area. An established DJ for over a decade, I-Vier is a driving force in Jah Warrior Shelter Hi-Fi, an internationally known champion sound system. King I-Vier alongside his distinguished crew, have won titles and trophies up and down the California Coast since the end of the 90’s.

King I-Vier is a house-hold name in the Bay Area Reggae scene feeding the people with a range of music from the rarest of classics to brand new unreleased dancehall. He is well known for pleasing the crowd and making the ladies scream by mixing the best hit Reggae & Dancehall tracks as well as introducing many up and coming artists to the community.