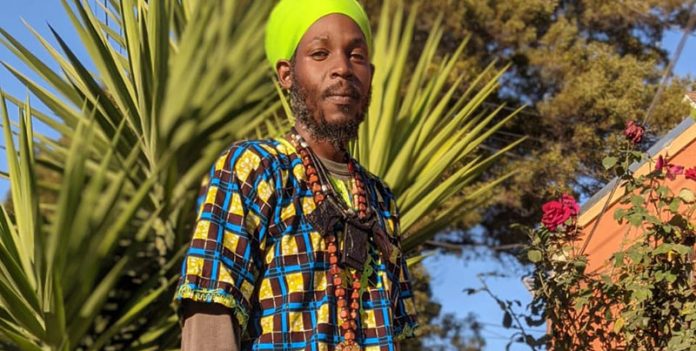 Recording artiste King Kanashi I has a strong message for the people in his latest single, “Deception Time.” Officially released on September 18, 2020, the track was produced by Rally Up Music.

“‘Deception Time’ is an inspirational song encouraging others to not blindly follow or adhere to popular beliefs. It’s also a reminder that there are systematic cycles that are repeatedly promoted and paraded in front of the eyes of the masses,” the artiste explained about the track’s meaning.

Hailing from St. Croix, Virgin Islands, King Kanashi has been a standout musician for the past 20 years and has worked in many different capacities.

“I first started recording music from the days of cassette tapes and sony walkmans back in the late 80’s in my grandparents’ apartment in Harbor View, St. Croix,” he highlighted. He spent time working with the Fire International Sound System in Guyana, as well as the Saturday Morning Reggae Riddims show on Wkcr 89.9 radio at Columbia University with Likkle Von and Vincent Hines alongside DJ Beans. He has also worked with the late Miss Moody of Don One Studio and I Grade producer, Tippy.

As a co-founder of Rally Up Music, based in California in the United States, he has had the opportunity to work with a diverse set of musicians from across the globe. Also a writer for himself and other artistes, his poetic flow reflects well through his creations.

“I have been told things by others about how I bring my messages across but I have never defined my own style personally because I am always growing lyrically and the music is so vast nowadays that one must be versatile. So if there’s one thing I can say is that I have a style that’s versatile and reflects my personal connections to earth and self,” he said.

Following this new single, the artiste has much more in store, with new projects in the works.

“Presently we have some new tunes being mixed and mastered for release in Ghana, one called “Remind Them” which was produced by BrainyBeats and recorded at Rally Up Music, as well as “Fwd to Love” which was produced by Oga Chux out of Ghana,” he elaborated. In addition, he revealed that there are several collabs in the works with other acts including Jahdan Blakkamoore, Gwaii, Paapa Wastik and Heartafiya.

Distributed by Zojak World Wide, “Deception Time” can be purchased and streamed on major digital platforms such as Deezer, Pandora, Spotify and iTunes.