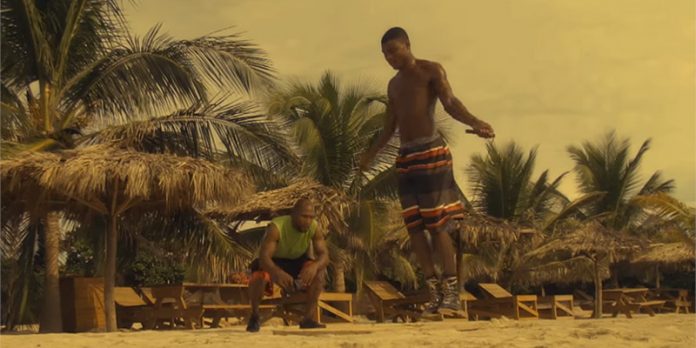 Popular recording artiste Pliers has a treat for his fans, in the form of a brand new EP titled “In It To Win It.” Produced under his own Bonners Production label, the project officially dropped on May 21, 2021.

“What inspired me to release this EP is really daily issues, things that are happening all around us in society and the world. Also, I’m a lover of women so I have to make sure I write a few love songs just for them, the artiste explained. Featuring 8 tracks in all, the project has been 6 years in the making, with a few newly recorded songs in the mix.

The first single off of the EP is a love song titled “Gold Mine” and other titles include “Love Can Make It Happen”, “Dig It Up” and “Right To Be Free.” There are two versions of the title track, one featuring his musical partner, Chaka Demus.

In the game professionally for over 30 years, the artiste is well known for his mixture of Dancehall and Reggae hits, both as a solo artiste and as half of the musical duo, Chaka Demus & Pliers. The duo is known around the world for several hits such as “World A Girls”, “Tease Me” and “Love You Like Crazy.”

The EP is a lead up to several upcoming projects, including an album with singer Jah Screw that is slated for release next year. While that project is currently underway with about 9 songs recorded so far, Pliers wanted to prepare something for his fans to enjoy now.

“The essence of me doing this EP is that I want my fans to know that I’m still here and I want to send my message all around the world to fans of mine and people who love music generally. I’m still talking to the lovers, I’m a lover myself and whether they’re in good or bad relationships, people like to hear songs they can relate to. Music is therapeutic for many people who sometimes need an escape from the everyday stresses of life, so that’s what I want to provide for them,” he expressed. Also in the pipeline is an album with Chaka Demus, which will be a mixture of some of their previous hits along with a few new tracks.

“Bring Joy” Taken From The Mixtape “Back To The Old Days”...