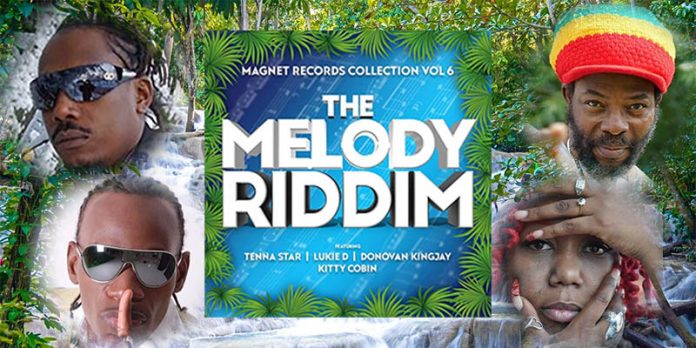 We are happy to present to you Magnet Records production Melody Riddim – featuring Donovan Kingjay Live your life, Kitty Corbin Pull yourself together, Lukie D Best foot forward and Tenna Star Love hurts. A real range of catchy lines setting the standards for this vibrant riddim.

Donovan Kingjay was born in South East London to Jamaican parents. Although his family was not particularly musical, it was obvious that he had a talent. At the age of 19, he made his first public appearance at a local community show and hasn’t looked back since.

Donovan eventually came to the attention of Sugar Minott. who referred to him as his godson, and who had become a huge influence on him. Donovan thought of him as a big brother. Only Jamaica releases so far was “Never too late”, on his Youthman Promotion Label in the year 2000.

2. Kitty Corbin – Pull yourself together

Kitty having worked in London she seems to leave a lasting impression on her audiences with her strong commanding vocals bringing vivo to her performance.

Kitty seems at her best on stage as she reaches you with her warm dulcet tones.

Kitty’s worked with Legends such as Max Romeo, Lee Scratch Perry, Alton Ellis, Junior English, Trevor Dixon and Nerius Joseph working with some of the top Reggae bands in London.

Lukie D is a dancehall singer and DJ born in Jamaica. He is well known for powerful vocal range and soulful voice rather than toasting style, which fits with the prominent theme of love in his songs. He began his career performing on various local sound systems, building a reputation as a dancehall singer.

His influences included Frankie Paul, Tenor Saw and ragga DJ Supercat. Lukie D songs and writing has mainly fitted reggae music but being versatile has also been put on R n B / Dancehall / Soul / Pop making him unique in his field, with the majority of his tracks written by himself

His success allowed him to commute between Jamaica and the United States, where he became acquainted with more diverse musical influences, resulting in the broadening of his repertoire.

Tenna Star was born in Kingston Jamaica and his singing career and everything he has done in the music business he owes to his Mother.

Tenna Star came to England in 1994, and upon his arrival wasted no time in gaining instant recognition and fame in Birmingham and the London area. Tenna is now one of the UK’s finest vocalists in reggae having worked with many of the great names within the music industry, such as the likes of Freddie McGregor, Marcia Griffiths, Garnett Silk, Luciano, Bounty Killer, Beenie Man and Sir John Holt 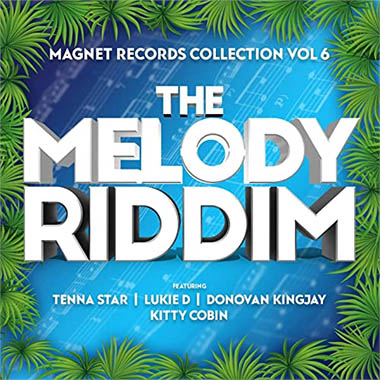