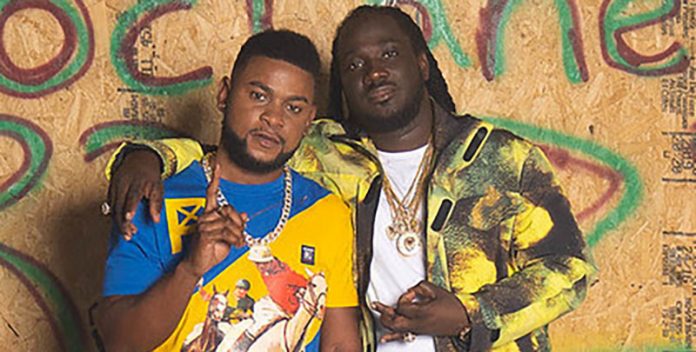 A Meaningful Message Produced by Platinum Kids and Studio 91 Records

Shawn Ice and I-Octane Reflect on “Times Like These”, A Meaningful Message Produced by Platinum Kids and Studio 91 Records

Red-hot Dancehall talent Shawn Ice and Reggae and Dancehall’s “Globe Boss” I-Octane have teamed up for “Times Like These,” a song which can easily be hailed as Dancehall’s most inspirational contribution this year. Behind the sonically appealing single is popular production duo Platinum Kids and Studio 91 Records.

“Times Like These” sees the awesome new collabo of Shawn Ice and I-Octane come to musical life. From the moment Shawn Ice kicks off “Times Like These” with his humbling and impactful first verse, the song’s message of overcoming obstacles becomes ever-so-clear. “‘Times Like These’ is by all accounts groundbreaking, moving and uplifting,” declares Paul Platinum of Platinum Kids.

“I poured my personal journey and love of story telling through music in ‘Times Like These’,” says Shawn Ice. “I want each fan to know that they are not alone in their struggles and that with prayer, hope and hard work, there is a way out.”

“From when I heard ‘Times Like These,’ I instantly felt good about it. Right away, I penned my chorus to match the song’s inspirational vibe,” says I-Octane. “I know this song will reach higher heights…”

At the height of the covid 19 pandemic as the world shut down and looked toward DJs and artists for a source of entertainment, Markus Wanted of Platinum Kids launched an online Instagram live clash featuring artists from across the globe, with celebrity judges such as Tifa, Darrio, Dovey Magnum,Nikki Z and I-Octane. As fate and talent has it, Dancehall deejay Shawn Ice edged out all contenders in the inaugural competition, winning a collabo with powerhouse act I-Octane. “Times Like These” is the riveting outcome.

“As the world is truly in trying times, there is no doubt that ‘Times Like These’ will resonate with worldwide, multi-generational audiences,” says Paul Platinum. “The song’s comforting sound combined with it’s powerful message, will prompt music lovers to play it over and over again.”

Consisting of brothers Paul and Markus, Platinum Kids, are behind a respected sound system and many renowned signature events (Bikini Palooza, Breeze and formerly School Uniform), attracting upwards of 10,000 patrons annually. The duo jumpstarted their entry into production in 2016, working with the likes of Aidonia, Shatta Wale, Konshens, Tifa and Spragga Benz just to name a few. Platinum Kids has partnered with Studio 91 Records for numerous productions including the popular “She Like That” by Black Ryno.

Shawn Ice is at the forefront of a fresh crop of Dancehall acts. The St. Mary, Jamaica bred artist offers music lovers a raw, yet polished take on Dancehall music. Hailed as both an artist and songwriter, Shawn Ice is celebrating a lucrative mangement deal with Acclaim PR and Brown Gang Management. The deejay has amassed quite the buzz for songs like “Mixture,” “Elevated” and his latest banger “Yowww,” among others. “Times Like These” genuinely showcases Shawn Ice’s versatility and artistic growth.

With a career that spans more than a decade, I-Octane is one of Reggae and Dancehalls most prolific contributors. There is no doubt that “Times Like These” will rival hits from the artist’s massive catalogue like “Love Di Vibes,” “L.O.V.E. You,” “Buss a Blank,” “Lose a Friend” and other gems.