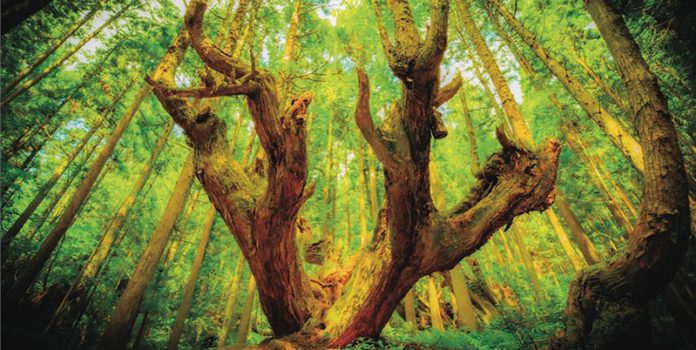 If we could find words to describe this new EP coming from the land of the rising sun, these would be heavy Far East dub sound of future roots. Two uplifting instrumentals, Botanical Story & Rudies – three cuts each! The dub recipe consists of the following three ingredients, only to be found in Japan:

The Dub creator and producer Shanti-K: He Started making music in 1993. As a multi-instrumentalist (guitar, bass, djembe) and producer (Kalpana Studio), he has been providing riddims for various artists, releasing tunes on vinyl and digital. As a soundman, he founded alongside “Light-On Super-Disco” in 2020 the “Dub And Future” Sound system, producing tunes also for other sound systems.

The female melodica player Aki Mittoo: Coming from the town of Aichi and already a regular on the label, she is known through her collaborations with Dub Cmd, SistaSara and Soul Fire. Nevertheless, this is her first release on Dubophonic Records as a member of a full Far East crew. She has a license as a Yamaha piano instructor and a Suzuki Musical Instrument melodion instructor. Her playing Style is cultivated through her experience as instrumentalist in different genres throughout the years.

The Kette drum player and manufacturer Goja Bongos: He lives in the town of Hyogo and he likes earthy music: reggae, African, afro-Cuban and Latin. After his visit to Jamaica in 2005, experiencing the authentic reggae music, he returned to japan and in 2009 he started manufacturing kette drums. Since 2015, he has been in charge of the percussion in the roots reggae band of Sister Maki, while his passion for drumming guided him to form in 2019 his own nyahbinghi project. “Goja” is a local dialect of Banshu that means “crazy”! If you enter the circle of Nyahbinghi, the drums of Goja Bongos will shake the earth with a dangerous presence.
—————————————————————————————————
Dubophonic Records :
Homepage http://www.dubophonic.com/
Facebook https://www.facebook.com/dubophonic
Twitter https://twitter.com/Dubophonic
Instagram: http://www.instagram.com/dubophonic.records
Soundcloud https://soundcloud.com/dub-o-phonic
Youtube: http://www.youtube.com/user/Dubophonic
Apple Podcasts: https://podcasts.apple.com/us/podcast/dubophonic-records-showcase/id1532368913
—————————————————————————————————