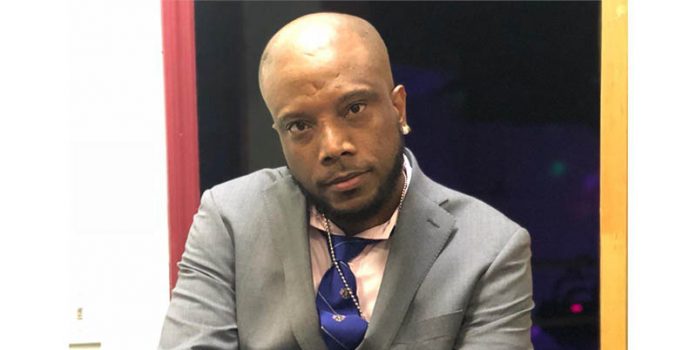 Popular DJ, promoter and producer DJ Lava has been keeping his online audience engaged with the highly sought after “Chat and Laugh” Quarantine Show. Hosted weekly via Instagram live, the show was started earlier in the year during the quarantine period.

“I invite media celebrities, artistes, dancers, etc. and I ask them fun, interesting questions that people would want to know the answers to,” the DJ explained. Past guests include Ishawna, Shorty, Nikki Blacks, social media sensation Rose and Ghetto Michael Jackson.

The show has grown significantly since it first started, with upwards of 15,000 viewers tuning in to each live episode.

“At first, I never expected the show to be this big; right now, the sky is the limit,” the DJ expressed. Adding to the brand even further, merchandise related to the show is available on the DJ’s Instagram page.

DJ Lava has been in the game for over two decades. Raised in Kingston, Jamaica, he first fell in love with music during his high school days.

“I used to spend my lunch money to buy cassettes. Around that time I decided that I wanted to do music so when my mother migrated, she bought me a component set,” he explained. From then, he started a small sound in his community called Serious Sound. After migrating to the United States in 1997, he started Lava Sounds in the early 2000s and got his big break in 2005 when he started playing at major events and receiving notoriety as a talented DJ. In 2009, he was dubbed the “Hottest Selector in NY” at the DIA Awards.

While he’s working as the resident DJ at Linkage Radio in Mount Vernon, New York for the past four years, DJ Lava has also been working on his own brand and is aiming to expand his record label in the near future. In the meantime, his focus is on continuing “Chat and Laugh” and entertaining his viewers, especially during a difficult time.

“I used to go on live every now and then but due to the Corona craziness, I started using the platform more. After my mom passed, I gave it up for a while but then my 3 kids encouraged me to do it more often. So I gave it the name “Chat and Laugh” and the rest is history,” the DJ said.

“Chat and Laugh” Quarantine Show is streamed every Monday, Wednesday and Friday at 9pm, on DJ Lava’s Instagram page @lavasound. Past episodes can be found on his YouTube channel ‘Lava Chat and Laugh.’

‘We Will Always Remember You’ – Yvonne Sterling Laid To Rest