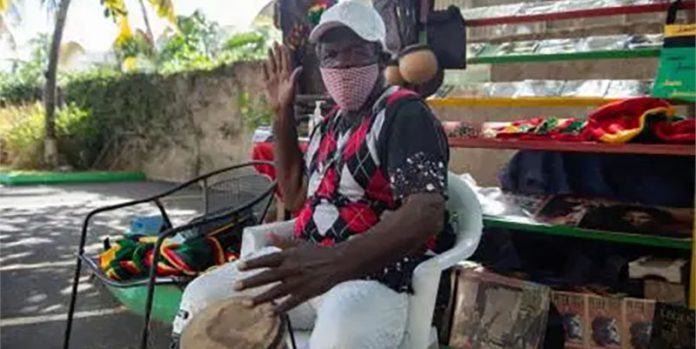 It is impossible to talk about the foundation of reggae music without mentioning percussionist Bongo Herman.

The entertainer, who has done work with some of Jamaica’s most legendary artistes, has a musical legacy that is as strong as any recording artiste. But in a recent sit-down with THE WEEKEND STAR, he said that although he is not “one weh gwine run dung a honour”, he would now appreciate any form of physical recognition for his immense musical contributions.

“My part in history is quite assured and I don’t hype up or anything, I just humble and go through. Bob (Marley) had some people weh him chose to be a part of his circle. When Jacob Miller passed away, I am the man that Bob Marley sent to the funeral and provide transportation and we go deh and chant for Jacob Miller. When you say Bob Marley, Bongo Herman is never far behind that,” he said. “I have been in the business since shilling a side. Nuff people right now nuh know what is a shilling. Pound, shilling and pence is where I am coming from. Sometimes (as musicians) we nuh even get paid but I love the music so much that is why I am here until now. If I did like it, I would get fed up and leave it but mi love it.”

Highlighting some of the hits he has worked on, the master percussionist said that when an artiste wants to acquire an authentic, unmistakable reggae sound, he is the one they call.

“Songs like Book of Rules with the Heptones, those percussions are mine. Earth A Run Red, Di Plane Land wid Richie Spice, those percussions are mine, I play them. These are some Serious Times by Gyptian, those drums, I play them. Nothing At All (Hail The King) by Fantan Mojah, I build that for Downsound. I play all a dem instruments deh,” he said. “I tour wid Gregory Isaacs and Dennis Brown. I go in the prisons and perform for the prisoners. Jamaica love me enuh, don’t get me wrong, but it’s good when that love show in rewards and so.”

Herman said over the years, he has only received never-ending support from the Marley family.

“I give thanks for people like sister Rita Marley and the entire Marley family for showing me love right through. From Sharon to Stephanie to Ziggy to Stephen to Cedella to Ky-Mani and everyone,” he said, highlighting that although accolades and awards would be great, he is grateful for the people in his corner and the ability to continue doing what he loves.

“It is written that music alone shall live so I am glad that my part in history is quite assured. I also try to do more by helping even some young youths to identify dem talent. I teach a lot of kids from Charlie Smith how fi play the drums. Honestly, I am just really glad that I am around where I can still do this music thing, sit down and tell these stories,” he said.

Candy Kay inspires us all to ‘Feel That Love’