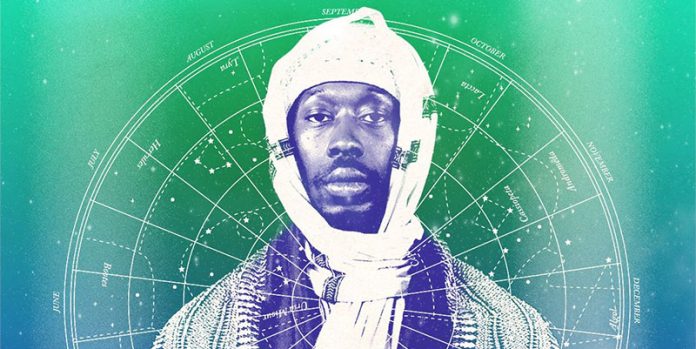 Blakkamoore is excited to announce the Deluxe Edition of Upward Spiral released Nov. 13th with Lustre Kings on all streaming platforms and as a limited edition double CD.

Upward Spiral Deluxe Edition is a reflection of his growth and development from a culmination of working with A-list musicians and producers along with Blakkamoore’s endless creativity and drive to create a truly unique sonic experience. The new album blends together genres representing the scope of Blakkamoore’s work including reggae, hip-hop, electronic, dancehall and pop sensibilities. 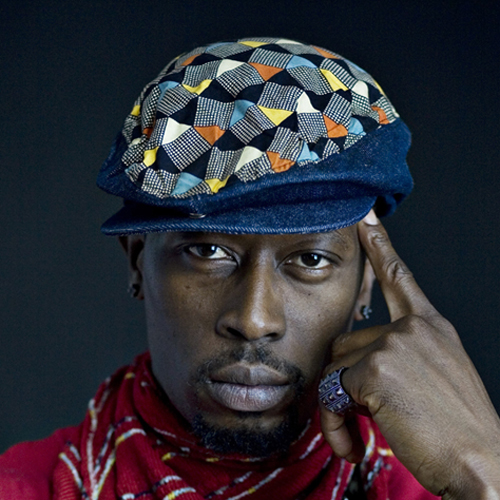 Blakkamoore is a multi-talented and Grammy Nominated musician and producer with writing and producing credits with artists like Snoop Dogg, Diplo, Major Lazer, DJ Premiere – to name a few. He first exploded onto the scene as a solo artist with the release of Babylon Nightmare (2010) produced by Zion I Kings and released on the imprint Lustre Kings. Originally from Guyana, Blakkamoore lived in Brooklyn where he found and fell in love with hip-hop culture during his defining years. He began to mix his musical influences by created and producing new sounds from genre blending hip-hop with dancehall and reggae. Today he presents his newest album Upward Spiral as a Deluxe Edition.

The new album title, Upward Spiral, started as an idea Blakkamoore had as an envisioned trajectory for his future musical generations, and found the inspiration in the book “The Rise and Fall of Great Power” by Paul Kennedy.  It was an idea that he has built upon and developed over the years like the new album and it became the perfect title for the new release. Upward Spiral manifested itself to Blakkamoore and producer Andrew Moon Bain while working with Snoop Dogg on his album Reincarnated (2013). Blakkamoore recalls, “we had been going back and forth to Jamaica and watched the “reggae revival” unfold and start dominating the airwaves. We had so many great ideas left over from the Snoop sessions + previous Lustre Kings sessions we decided to put upward Spiral on Hold and focus on this other collection of songs and develop a few more to release the album you all know as “Order of Distinction”.”

Upward Spiral was recorded at Rarely Beadle, Andrew Moon Bain’s production studio in Greenpoint, Brooklyn, NY. Laurent “Tippy I” Alfred (I Grade Dub / I Grade Records / Zion I Kings) mastered the release. Other notable collaborations include the wildly creative French lyrists and reggae artist Biga Ranx who has a huge following in his home country France and soon to extend to the rest of the world, contributed to “Sky Scrappers.” Akae Beka (Vaughn Benjamin/ Midnite) collaborated on “Earth Cry”, and iMark a.k.a. Mark Walcott a young Guyanese producer added “Spotlight” on the forthcoming album. There are several amazing tracks produced by Zion I Kings that were recorded with live musicians and give the album it’s rich and textured vibe. Zion I Kings is comprised of Andrew Moon Bain, Laurent Tippy Alfred, Andrew “Drew Keys” Stoch and recently Romaine “Teflon Zincfence” Arnett. And Jah David (Jah 9, Pressure Busspipe) added his magic to the new album.

With Upward Spiral, Blakkamoore solidified his writing and producing relationship with Andrew Moon Bain and the writing and producing moniker PaperStars* was born. The duo first started writing and producing together while working with Diplo and in-between projects they co-wrote songs that appear on the Upward Spiral release. The succinct writing partnership has produced a new album stacked with standout and amazing collaborations that confirms Blakkamoore’s place at the forefront of the Reggae Revival including “Tomorrow Belongs to Us” featuring Alandon. Blakkamoore recalls, “we were blessed by the great up and coming dancehall artist by the name Alandon who splashed the second verse with high energy and some deep lyrical content. Moon and I cooked this up off a Rhodes piano idea I had. I heard the bassline and it just developed. I left the studio and Moon ended up tracking live strings to it and made it work for Alandon to feature. It all turned out wicked, ethereal and a real important vibe for Upward Spiral…all the way up!”

Another track that the duo co-wrote was “Get Down Tonight” which features Snoop Dogg. Blakkamoore says, “some would say this is the biggest track on the album, a party record with positive vibes with the Snoop Dogg feature on this one which is humongous. His opening lyric says it all, “the drinks on me cause I got it all, yup you bout to bang with the big Boss Dogg.” I remember Moon telling his A&R, Justin Lee – “We want Snoop Dogg, not Snoop Lion. We want a classic, positive vibes, Snoop party record with two verses and for Snoop to sing the hook with Jahdan” He delivered on every single point. That’s love and a huge blessings on the project from an icon. This track justifies the album title completely and reminds people that love is essential.” On the Deluxe Edition “Get Down Tonight” is accompanied by a dubby reggaeton vibe remix by Olo and a boom bap dub remix by Break Science – both very different vibes that tie together the album.

“Change” was created while Blakkamoore and Moon were on tour in Germany. Blakkamoore comments, “I was on a short tour in Munich Germany with the hip-hop group Dead Prez when I met 58 Beats a.k.a. Markus Klammer. I got to go back the next year with Moon to play a festival and my tour manager Mathias took us to Markus studio, while Moon was on his way to fly out. Moon came in and laid the guitar down in one take and had to dash, after he left me and Markus did the drums and bass and “Change” was born. It’s a song about the plights we all face in society today with homelessness and global wars. This record speaks to the hearts of those who see and feel the need for a shift in the way we do things in the world.”

New track available exclusively on the Deluxe Edition is “Mek it Play.” It finds the indomitable Blakkamoore styling sweetly over a heavy steppers riddim produced by Zion I Kings. Harkening to a bass heavy UK dance in the 80’s, Blakkamoore pleads with the DJ to “turn it up, make it louder” and let the music transform the dance into a serene place of joy and rhythm. His performance delivered in an old school, reggae toasting fashion over a pulsing kick drum, drives home a timeless message in a modern packaged roots track

In the time of COVID-19, Blakkamoore is spending more time at home producing, writing, and collaborating on new material. Although his tours were canceled, he hopes to get back on stage to share the new album with fans. He reflects, “I hope things can resume quickly and safely, I would love to tour this album and songs. Creating and recording songs are a total joy, the next best thing is performing it for the wonderful fans we created it to inspire on a live show. I pray we get that chance.”

The new album Upward Spiral Deluxe Edition is released on November 13 with Lustre Kings. Available everywhere you stream music and as a limited pressing of the double disc CD!