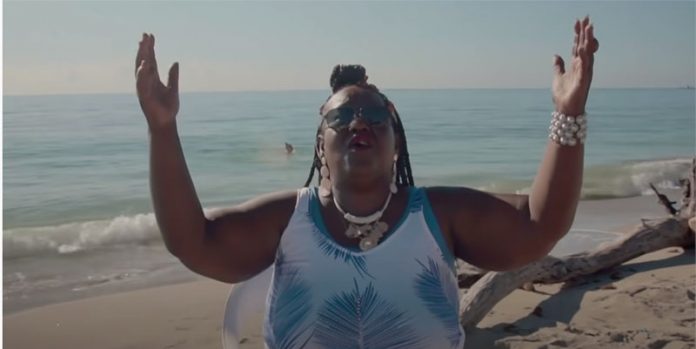 In a sweet tribute to the woman they both began calling ‘Mama’, Richie Stephens and his ‘brother’, Little Lenny, yesterday said their last goodbyes to the late Yvonne Sterling. The two stood side by side in the Portmore Seventh-day Adventist Church as Stephens poured his soul into a moving rendition of Skylark’s 1970s hit, Wildflower. Urging Jamaicans at home and abroad to keep celebrating the reggae songstress, the pair promised to do all they could to keep her memory and legacy alive.

Little Lenny did not say much. He simply nodded his head in approval with every word uttered by Stephens. The pair, who returned later in the programme to deliver, Thank You, Lord, the track on which they collaborated with Sterling, said that although the singer had only just begun to really enjoy life again before she transitioned, they believe that God knows best, and that she is now in a better place.

“We thank each and everyone who was involved in trying our very best to help to bring this champion of a woman back to the music industry. But as we like to say, God had different plans,” Stephens said. “Make sure you keep her name and her spirit up, celebrate her, talk about her just like when she was around her. Condolences again to the family and rest in peace Mama Sterling.”

At yesterday’s service, Sterling’s niece, Tamera Harrison, saluted The Gleaner for bringing her aunt’s plight to national attention. Recalling the final conversation she had with the late Sterling, Harrison said she was sure her aunt was living her best life in her final days.

MUSIC WAS HER PASSION

“Aunty Yvonne loved singing. Music was her passion. She entered various talent shows as early as age 15 and recorded music in her early 20s. Aunty Yonne spent most of her time in the studio in her earlier years. However, as a result of unfortunate circumstances, she was placed behind the scenes for a very long time and her musical career came to a halt,” she read from the eulogy.

“My aunt fell on hard times, but thankfully in November 2020, happy days were ahead of her. Her story was made public by The Gleaner, a very heart-warming story done by reporter Andre Williams … His story helped significantly to turn her life around and we could all see the new spark that she had and the positive effect it had on her. It was a huge blessings. Her family and friends were able to witness a renewed confidence in her. There was hope, faith and she had once again found what her purpose was.”

Sterling, 65, passed away on January 17 after suffering a stroke. The singer, known for If You Love Me and Oh Jah, was living in less than desirable circumstances during her latter years. Her situation was worsened following the November rains, a story highlighted by The Gleaner. A few weeks after her story broke, Sterling started receiving help and an outpouring of support from countless industry players including Richie Stephens and Little Lenny.

“Aunty Yvonne is with us today in our hearts. In the end she had the opportunity to enjoy something she once had, her music, having fun in the studio, coming on the popular talk show, Onstage, making a music video with Richie Stephens and Little Lenny. I remember having our last conversation Christmas Day and she told me that she was having the best time of her life. Therefore, on behalf of the family, we thank everyone who made that possible for her,” Harrison said.