Fresh off the heels of an epic performance at Central Park Summerstage for VP Records “Dancehall Meets Hip Hop 90s Style,” Shinehead and DJ Papalotl (of Kingston 12 Hi Fi) have returned to the West Coast to bring their “Master Class” in session on September 11, 2022. The inaugural event will bring the double legacy of Brooklyn, New York selectors Firgo Digital and Lion Face (Baby Face) of Lion King Sound to their new downtown Los Angeles (DTLA) studio and event space.

Sound system culture is set for the spotlight on September 11, 2022, as Kingston 12 Hi Fi launches “Master Class” in their hip new downtown Los Angeles (DTLA) studio and event space. Brooklyn is a renowned epicenter of sound system culture, including the prized Jamaican art form of sound clash. Much to their credit, the legendary guest selectors Firgo Digital (Kiddy Ranks) and Lion Face (Baby Face) on King Addies reigned supreme in the bustling borough’s scene in the 80’s and 90’s.

Fully active and highly sought after, both Lion Face and Firgo Digital have been constant musical forces for decades. Much to his credit, Lion Face appeared on Verzuz in 2021, reaching millions of viewers with his infectious brand of sound clash, facing off against King Pin of King Addies. No stranger to touring with artists, the popular selector also appeared on the Central Park Summerstage, backing Wayne Wonder. Meanwhile, Firgo Digital makes celebrated special appearances before legions of fans. Additionally, the famed selector has a buzzin’ weekly Sunday show on Sound Chat Radio.Whether entertaining the masses with juggling or killing sounds with limitless dub plates, often in the form of customs and specials, the popular Firgo Digital and Lion Face cultivated an historic, impactful era for Reggae and Dancehall music. The sounds dominated famed venues, such as Biltmore, Starlite and Tilden Ballrooms, Galaxy night club and more. 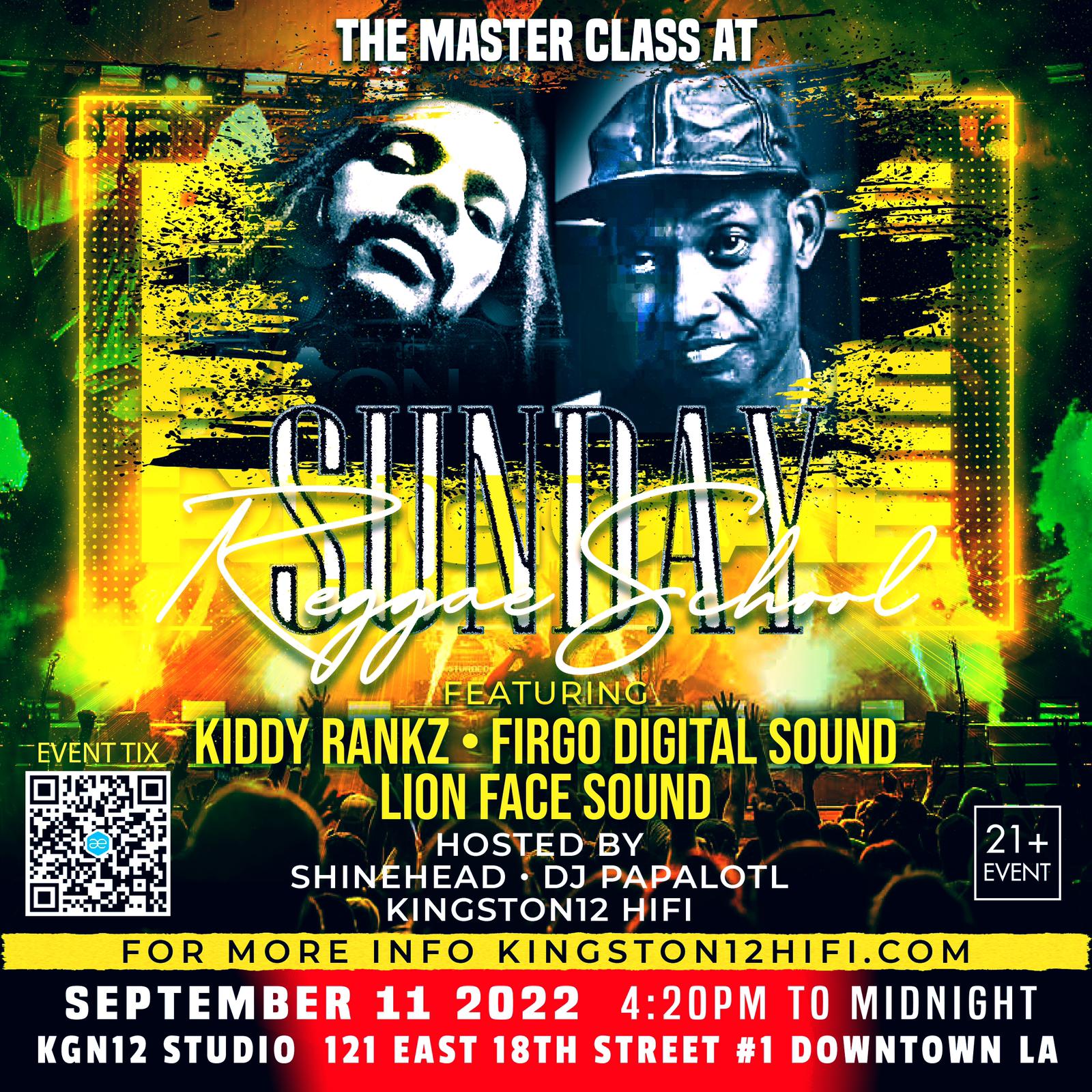 “Preservation of sound system history is a must. Celebrating the poignant players who made local and/or global impact on the culture is a key priority ” says DJ Papalotl. “I think that we can continually package music and cultural legacies, while entertaining the masses, with ‘Master Class,’ adds Shinehead.

Kingston 12 Hi Fi is keeping their calendar “ram” with culturally-driven entertainment. Up next is “From Brooklyn to LA” — an event highlighting the best music, fashion and style from all of Reggae and Dancehall’s magical eras. Guest selectas and artists will be announced soon.