Zulu Bob and French artist General Huge are coming up with a special EP for the winter holidays!

While the world is back to normal, China has been stuck in the same situation for three years, lockdown after lockdown, with most cities closed down and people stuck in their homes… That’s when the idea of Lockdown Vibes EP came up.

While in lockdown at home General Huge and Zulu Bob still wanted to cheer up everyone, creating music and freestyling on top of it sending only positive vibrations!

Listen up and enjoy!!! Zulu Bob hails from the twin Island of Antigua and Barbuda. Moving to China for studies he jumped in the entertainment scenes. Zulu Bob spends his times working as both a Dj and Mc in Beijing under the alias of Norrisman but his true joy comes from him being able to share his views and feelings through his music. Working closely with ChinaMan Yard (formerly DB Bros), WhyBeatz and Island Trap Records, he touches different styles, different genres and is truly dedicated and ecstatic about releasing to the world music from an artist with no barriers.

Zulu Bob previously released an EP back in 2017, “Feel it” was more of an electro caribbean trap vibe. He then released his first solo album co-produced by DB Bros Records and Island Trap Records “One Way” in 2019. The song “Feel The Vibe” hit #5 in the reggae charts of New York, and the track “Life Nuh Easy” in collaboration with Lutan Fyah received good reviews as well.

In january 2021 he released the longtime coming album “Road To ReggaeVille” that has been pushed on front page release of both Apple Music and iTunes in China Mainland and Hong Kong. 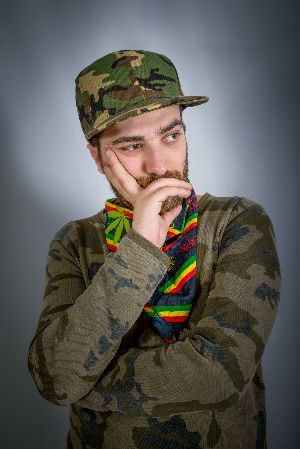 General Huge is a Ragga, Reggae, Dancehall singer, songwriter, producer and beat maker. During the early years of his career, the General previously recorded two albums in France. He was part of a band in Beijing: Ultimate Band Crew (UBC).

He toured the whole China with UBC between June and September 2016. UBC also brought Perfect Giddimani for a China tour with them on November 2015.

His prod “Life Nuh Easy” featuring both Zulu Bob and Lutan Fyah went #5 in New York Brooklyn Reggae Charts.
His first release as a producer: “Twitch Riddim” went #67 in the iTunes top 200 Reggae Charts in UK. He is also the co-founder of ChinaMan Yard (formerly DB Bros Records), the first and exclusively dedicated to reggae, record label ever built in China. He exported the concept of “One Riddim Album” in China by having different famous reggae artists singing on his label productions such as Perfect Giddimani, Chuck Fendah, King Kong, Elijah Prophet, Future Fambo, Lutan Fyah, Million Stylez, Daddy Freddy, and many more.

On stage, he made several cooperation, opening for Jamaican superstars Anthony B, Skarra Mucci, Perfect Giddimani, I Kong, the Chinese band 龙神道 (Long Sheng Dao), ChaCha, Far East Lion, but also for the UK dancehall stars Tippa Irie and Ras Demo as well as Nancy and Phoebe from Congo Natty, or Lady Chann, the UK dancehall queen. He also worked with the one and only Heavy HK, the old raggamuffin veteran U-Brown as well as the French reggae singers Taiwan MC and Tomawok. 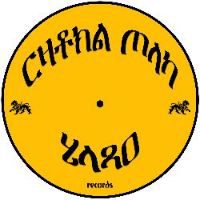 ChinaMan Yard Records (formerly DB Bros Records) is the first record label from China dedicated to reggae and dancehall. This music label aim is to promote the reggae movement in and out China, by producing projects with both international and local artists, promoting international artists locally and local artists internationally.
CMY is not only releasing singles, EPs and LPs every year, but also spreading their own music through sound-systems, tours, showcases and concerts.
ChinaMan Yard has already released the three first One Riddim albums ever coming out from China : «Twitch Riddim», «Rumors Of War Riddim» & “Mad Luck Riddim”, over 22 singles and 22 full albums.