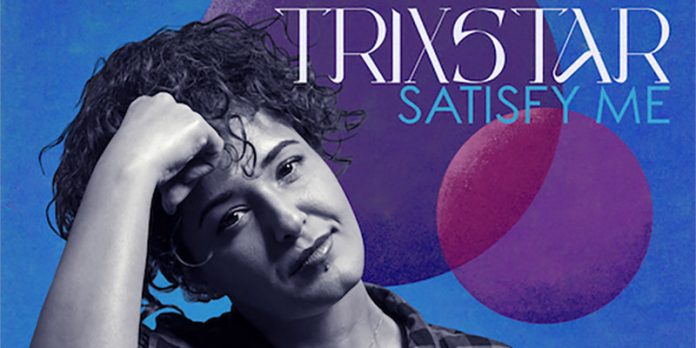 You coulda never satisfy me
It’s time to leave you behind me
You know you are not above me
You don’t deserve me, you don’t really love me

“Satisfy Me” is the breakup story of a strong woman, who is sick of the lies and the treatment of her boyfriend. In three minutes and twenty seconds TriXstar vents all the pain and the frustration about an unfaithful partner, that accumulated over time on a live played dancehall reggae riddim, recorded with musicians of Gentleman’s Evolution Band. The combination of the words and the music gives the song the strong energy you expect from a good dancehall track and many women will be able to relate to the lyrics.

The song is the second single release from TriXstar’s forthcoming “Dear 2020” EP, that will be out on May 28th.

TriXstar is most commonly known for Jamaican music like dancehall and reggae. She had to fight for her standing in the male-dominated reggae and dancehall scene, but got out of it stronger than ever.

With her raspy voice and her deep alto timbre, TriXstar gives weight to her lyrics. Even if her music is about “seeking and finding love” on first sight, there’s much more to it when looking behind. She especially addresses women, to strengthen them escape gender-specific roles, become a strong member of society and live to their full potential.

TriXstar’s music is catchy and touching. Her songs often invite to dance and take the listener on a journey to a world of love, pain, happiness, and desires. The core and the strength of all songs is a vulnerable soul trying to heal itself and the people around it and therefore gives strength, power, and courage.