Spacial Awareness is the second solo album from Stinky Jim. The album includes twelve delightful tracks, dubwise in nature, made in Auckland, New Zealand, mixed and mastered in Dunedin.

A special moment on this album is the track Steam Fish, which is a collaboration with the late Jamaican dub poet George ‘Nazamba’ Scott, who sadly passed away in July. 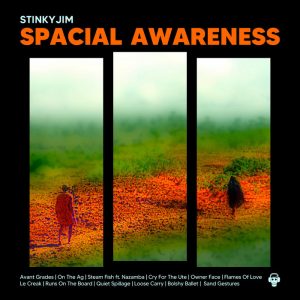 8. Runs On The Board

Enveloped in music since his teenage years with little sign of easing up Jim Pinckney has forged a career that has allowed him to indulge himself fully in the most melodic of atmospheres. From early days selecting reggae, post punk weirdness and all manner of arcane and anarchic audio in the UK through to DJing and broadcasting all over the globe and airwaves – it has always been about the songs.

As a founding member of reggaematical pioneers Unitone HiFi, op-shop dubwise opportunists Phase 5 and Soundproof, he has toured Europe and NZ as well as releasing a raft of well received rocking musical missives.

Jim’s own label Round Trip Mars was established in 1999 and has helped to introduce artists like SJD, Phelps & Munro, Jefferson Belt, The Vietnam War, Haunted Love and Scratch 22 to a wider audience.