Reggae Revellers
Home Music Shemeika on a Musical High with the Release of her new song,...
Facebook
Twitter 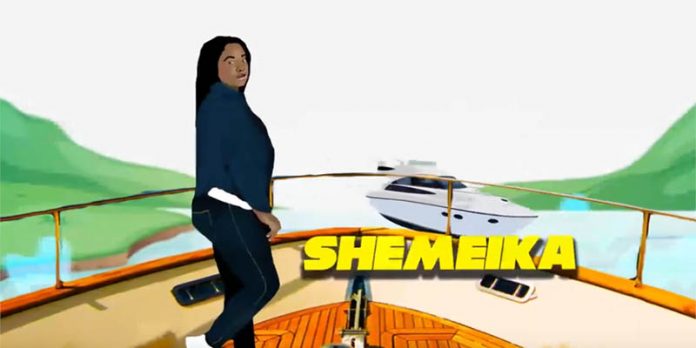 American songstress Shemeika has released a high energy and inspirational new track titled “Living My Life.” The track, which was released in August 2020, is featured on the Shot Glass Riddim, produced by JaWayne Music Productions.

“The track is basically about living life to the fullest, regardless of what’s happening,” the singer explained, “Nothing can stop a person from living life except themselves. Some people’s ideal life is money and cars but the area that I was focusing on was the fact that each person has one life and nothing should stop you from enjoying yourself.”

The track features Dancehall artiste, Javada, a longtime friend of hers.​

“It’s been about 7 years since I met Javada. This is actually the first time we worked together. We always said at some point we have to do a collab but the time never presented itself until now,” she elaborated.

The Florida-based singer has been gracing the music industry with her soulful voice for the past few years, diversifying her sound with Dancehall, Reggae and R&B tunes. Her talent has been exuded tremendously over previous tracks including “Like I Do”, “Wifey Type”, “Missing You” featuring Vershon and “It’s Okay” featuring Mackeehan.

A force to be reckoned with, the singer has high expectations for this latest release and is confident in its potential to be a hit.

“I would really like for it to become a well-known song, reaching various platforms both locally and internationally,” the singer expressed. The song has already been making its rounds and receiving great feedback from listeners around the world, further solidifying the impact that the concept and the vibe of the song have.

At the moment, she is working on new music with BWILL Productions which can be expected soon. With a promising career ahead of her, Shemeika’s goal is to share her passion for music with the world.

“I’m looking forward to pushing and making much more music so stay tuned,” she expressed.

In the meantime, “Living My Life” is available for purchase and streaming on major digital platforms.​