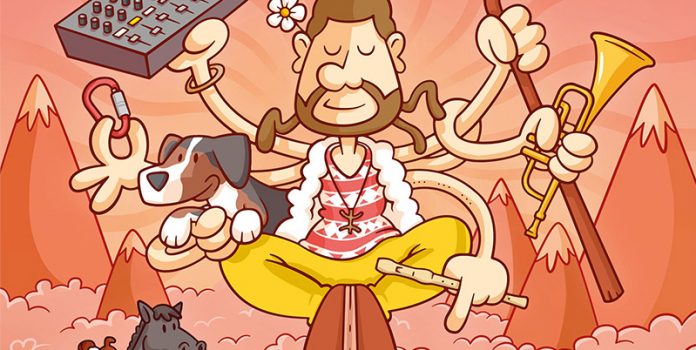 Tokiboun in Dub is a French-Swiss producer, selector and member of the Moon Warriors Vibes System. Reggae fan since he was 13 years old, he started to compose in 2008.  His music is generally steppa and experimental in the way of composing, with multiple influences. With participation in over 200 events travelling across Switzerland and sometimes crossing the borders of his country, sharing the stage with artists like Kimmy Gold, Cultural Warriors, Tetra Hydro K, Asher Selector, Koma Dub and an alternance of chill and electro tinted concerts, his music is definitely shaped for sound systems.

Having one album to his credit on the French label Marée Bass and being featured in compilations on diverse European labels, he continues with his first EP entitled Mountain Vibrations: a four track EP  – 2 tracks + 2 versions Flute & Trombone!

Authentic character with an unshakable joy of living and desire to share his music, Tokiboun In Dub invites us to join his musical universe. A discovery made of magic!