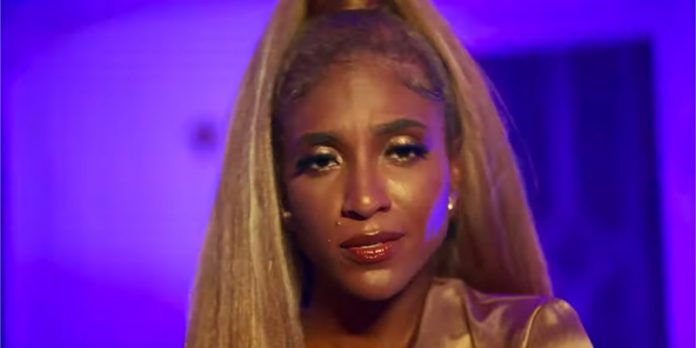 Singer Naomi Cowan has teamed up with Izy Beats, the producer responsible for Koffee’s Toast and Jorja Smith and Burna Boy’s Be Honest — to release Energy, her first single of 2021. And, surprisingly, Energy came to life after the delightful singer was ghosted.

” Energy was inspired by the first time I was ghosted by someone I dated. It had never happened to me before. Communication is one of my primary love languages, so when it happened — no cap, it was shocking, disrespectful, and it really hurt,” Naomi shared. “I had to dig deep and realise that when someone disrespects you in that way, it’s on them – not on you. I knew what I brought to the table. So I tapped into a certain energy that I didn’t know I had inside of me. I had to move past it in a healthy way.”

The upbeat R&B and reggae laced track serves as a cautionary yet charming mantra of protecting your peace and keeping your vibrations, aura and confidence high, no matter what.

Naomi told The Gleaner that Energy “is really the conversation you have with a circumstance, with a person, with an environment, with an atmosphere”.

“Like when something comes my way and starts to make me not only feel physically tired and drained, but I start to not feel like myself any more, I look at this thing or person and say you aren’t going to dim my light. And I play a song in my head. I hope that’s what the song does for other people,” she explained.

The video, which was released on Friday, showcases Naomi in a quaint island cottage that flashes in an array of colours, proving that she shines bright even in darkness, and symbolises the song’s message of not dimming your light for anyone. Shot at The Belcour Lodge, Irish Town, Jamaica, the video was directed by Kia Moses, an emerging award-winning film-maker and video director who directed two previous videos by Naomi. Stylist Ayana Riviére outfitted Naomi in warm, colourful outfits to set the tone of a confident and feminine contemporary woman.

Over the last few years, Naomi has collaborated and worked with some of the best musical talents in and out of Jamaica, including Major Lazer’s Walshy Fire. They began collaborating in 2020, during the lockdown, and created a full two-year plan for the release of Naomi’s new music, including a full visual rebrand and an aggressive release schedule.

The duo promises feel-good tracks that explore topics of love, heartbreak and everything in between with a seamless blend of reggae, R&B, Afrobeats and dancehall. Features will include Konshens, Kes, Jesse Royal and more. The goal is to drop a song every month, along with releasing two projects this year.