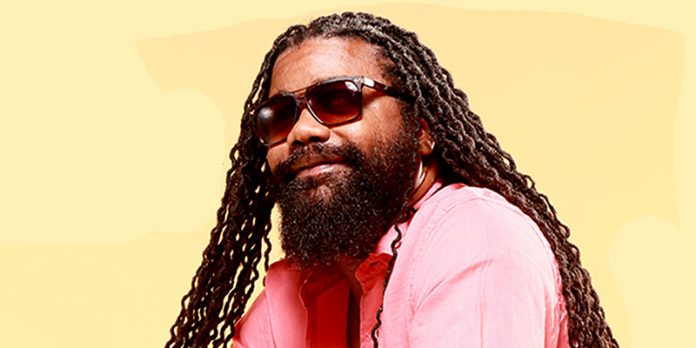 Reggae artiste Jah Patriot is gearing up for the re-release of his first album, aptly titled “Blind Justice.” Originally released in 2015, the album will make its second appearance on November 20, 2020.

“When we first released this project, there was no promotion done so we decided to revisit and take a new route,” the artiste explained. Consisting of 14 tracks, the album focuses on social justice, relationships and a wide range of other topics based on the artiste’s feelings.

“The whole scope of this project was really an intro- it’s my first album so I wanted people to get an introduction to who I am,” he elaborated.

Recorded and mixed at Mixing Lab Studios, the album is supported by a host of talented musicians such as Robbie Lyn, Dean Fraser, Kirkledove, Lloyd Parks, Danny Bessie, Mikey Chung and Sky Juice. With two songs previously recorded, the process of recording the other 12 songs was completed in approximately two weeks.

“This project means so much to me, I have been in the business for a while and my journey has been a complex one. People have always promised to put out a body of work for me but it never happened so I decided to do it for myself,” the artiste expressed.

The title of the album, “Blind Justice” has a very direct and significant connection to Jah Patriot.

“The title has a double meaning because I am blind and because I had to do justice for myself, seeing that I wasn’t getting the justice I deserved.” The album is expected to get the justice as anticipated, with key industry players already complimenting the high level production and lyrical content.

Leading up to this album’s re-release, the artiste also released a single with Reggae artiste Anthony Red Rose titled “Pain!!!” which focuses on what is happening now in society.

Following “Blind Justice”, plans are already in place for a new EP; the 7 track project is slated for a 2021 release.

Gentleman’s Dub Club Releases A New Album Down To Earth