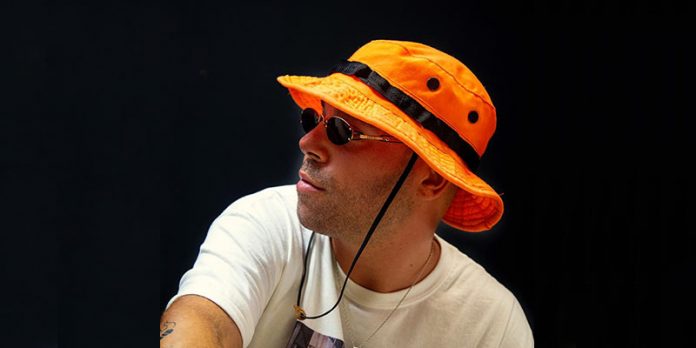 Over the past 10 years, SR. WILSON has built a reputation as one of the most active artists on the European Reggae & Dub scene – with hundreds of performances in Europe as well as tours in Latin America, The USA and Japan.

Although 2020 has slowed down the pace of live shows, it has been a massive year for SR. WILSON, who seems to be on a winning streak dropping hit after hit and growing his monthly fanbase to over a quarter of a million monthly listeners. After the success of his last singles “Stay Homa” alongside STAY HOMAS or “My Driver” alongside french singjay / rapper BIGGA RANX, he is ready to introduce his Solo EP for 2020, entirely produced by one of Barcelona’s finest GENIS TRANI. They have been working on this short masterpiece for over 2 years, recording a bunch of demos in order to fine-tune the sound, developing a more personal and fresh sound – which has given birth to this EP “4 Flores” – literally translating to “4 flowers” – as the EP is constituted of 4 amazing songs, including his last 2 releases “Aire” & “Libre” which both were released to popular acclaim.

“Aire” with its acrobats influenced riddim which blends perfectly with SR. WILSON’s Spanish lyrics, and one can clearly hear the Reggae and Dancehall influences which have built SR. WILSON in to the artist he is today, and of course his current HIT “Libre” featuring Juancho Marques which burst on to the spanish national urban charts at No6, and has racked up an impressive 500’000 streams over various platforms in the past month! The song is an ode to Independent, hardworking and free women all over the world.

“Marco” – the third track from the project demonstrates SR. WILSON’s ability to adapt to new sounds with urban and electronic influences – one can feel a mix of the different genres which inspire him (Reggaeton, Dancehall, Afrobeats), combined with very sincere rhymes from the artist in spanish, it will definitely surprise and impress his current fanbase as well as opening new doors by demonstrating his versatility and that his music cannot be defined by any one “Genre”.
Last but not least, we have “Ella” featuring the amazing MERITXELL NEDDERMANN (one of Catalan’s most promising young piano players) – the song itself is reminiscent of the 80’s and is an exercise symbolizing free speech, which is still a debated issue in Spain which is one of the only countries in Europe where you can get jailed for singing about certain issues (Royal Family, corruption, etc..).

“4 Flores” is a bouquet selection of 4 flowers taken from the musical garden that SR. WILSON and GENIS TRANI have been pampering in their studio for the past two years, filled with an aroma of freedom, energy and self determination, and will be dropping worldwide With GUSPIRA RECORDS on the 20th of November 2020 – don’t miss out, SR. WILSON is finishing the year with a Bang!

Who A Talk with Paolo Baldini and Mellow Mood (2014)   https://www.youtube.com/watch?v=EH3fNBIAbTg