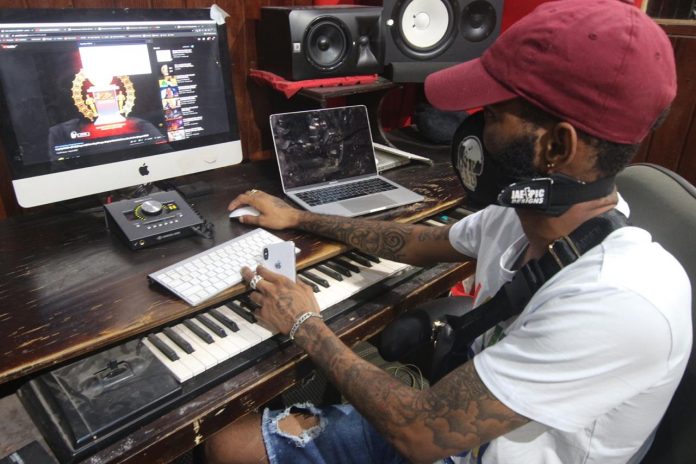 A new riddim has been blazing the airwaves, called The Loyalty Riddim. Produced by Ink Gad Records, the riddim was officially released on July 26, 2020. Featured artistes include Ginjah, Bingi Banga, Real Boss, Pitch and Quealo Don.

“The Loyalty Riddim is a sweet and melodious Reggae/ Dancehall type of beat,” producer Ink Gad described, “It has been getting great feedback so far and it has been getting a lot of airplay mainly in the UK and [by extension] Europe.” Along with the good reviews, the project is touted to be a hit and has also been compared to the Drop Leaf Riddim, which was produced by Don Corleon in 2005. With five tracks in all, the recurring themes of positivity and gratitude are evident throughout the lyrics of each track, with titles such as “Talk Cheap”, “Give Praises”, Self Belief” and “Thank You Father.”

A fresh face on the music scene, the Kingston-based producer has been focusing on music for a few years and recently got into it professionally. This project is the first major release coming from the label. This sets the tone for the type of sounds one can expect from the productions; with a style that ranges from genre to genre, the producer has a focus on Reggae music in particular.

“Even though I always wanted to venture into the world of music for some time now, I wanted to learn about the ins and the outs, so I think I am ready to get out there now and make a huge mark,” expressed Ink Gad

This is just the beginning for Ink Gad Records; expect more music in the near future, with projects involving major names in the music industry currently in the works.