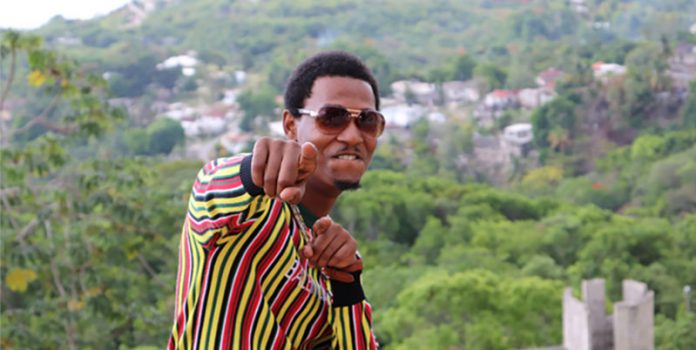 Packed into 6 heavy hitting tracks are topics ranging from social issues to a sneak peek into the artiste’s own life.

“It’s a mixture of Reggae crossed over with Hip Hop and Dancehall. The Reggae sound is most prominent on the tracks,” the artiste explained. Prior to the EP’s release, a music video for the track “It’s A Shame” was released on April 29, 2020. The project has been well-received.

“The reception has been nothing but wonderful. I have not gotten one bad comment on any of the tracks,” the artiste expressed. The music video for another one of the tracks, “Love Journey” was released on June 25, 2020.

Ijah Maakie has been growing into his own as a standout artiste for the past few years, promoting positive and useful messages through his music.

“Anyone who listens to my music will immediately identify the difference in lyrical content; a deep tone of voice which delivers with aggression while still being soothing and appealing to the ears and the songs are very relatable. The punch lines are very catchy and worded differently from the norm, which compels you to dig deep into your thoughts,” the artiste elaborated about his musical sound. His previous releases include his debut EP, the 2017 release, “First Impression”, as well as singles such as “High Horse”, “Silent Heart” and “Hair, Jewelry and Clothes.”

Going forward as an artiste, he has major plans to not only make an impact on the music scene, but in the wider society as well.

“My aspiration is to be well established in the music business. When the name Ijah Maakie is uttered, no one should have to ask who that is, especially in Jamaica. I also want to get rich because I want to help the poor in every possible way, with back to school, setting up businesses, providing medication and/or medical equipment, proper housing, anything to improve human living conditions,” he elaborated.

Coming up next for the artiste is a new track titled “Go Harder” which will be produced by Herb Pocket Production. The music video for the single will also follow soon after its release.

“The Journey” is available for purchase and streaming on major digital platforms online.