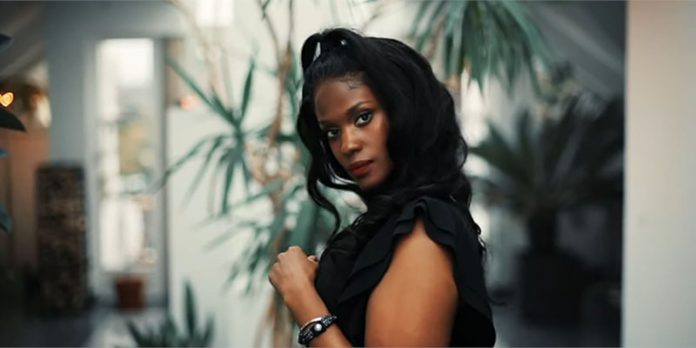 Germany’s BuffBaff Records have once again teamed up with musical starlet Treesha. After the success of their summer 2020 interpretation of Eternal’s hit song Angel of Mine, the team have turned their attention to another classic song: Rihanna’s Rehab.

Rehab is set to be released on 11 June by BuffBaff Records. Treesha and BuffBaff previously collaborated on the inspired Angel of Mine. But with Rehab, the process of forming the finished song was different and entirely unplanned.
The riddim behind the new track wasn’t actually based on the Rihanna original. The fresh, new instrumental was featured on an episode of BuffBaffTV, broadcasted every Wednesday at 7pm CET. It features a livestream of BuffBaff composing, arranging and recording new riddims.

Treesha heard the riddim and immediately saw the potential. She sung Rehab to herself over the top and It was an instant fit. Treesha altered Rihanna’s original composition to ensure it fitted her interpretation. She even created a brand-new bridge: composing a new melody and writing additional lyrics.

The star of Treesha is rising fast. After 2015’s debut album Listen, she has continued to drop hit after hit: the iconic Rude Gyal Swing featuring Bay C, Fire Daughter featuring Queen Ifrica and her recent success Same Ol’ Song – a collab with DJ Densen, which reached number 2 in the Kenyan Charts. And Rehab looks set to follow this trajectory.

The end result is a rich, textured, Reggae-laced affair from the team – but one that pays homage to the original. It showcases BuffBaff’s intuitive ear for a quality composition. Treesha is at her enduring, inspired best – and Rehab is bound to light up the airwaves this summer.