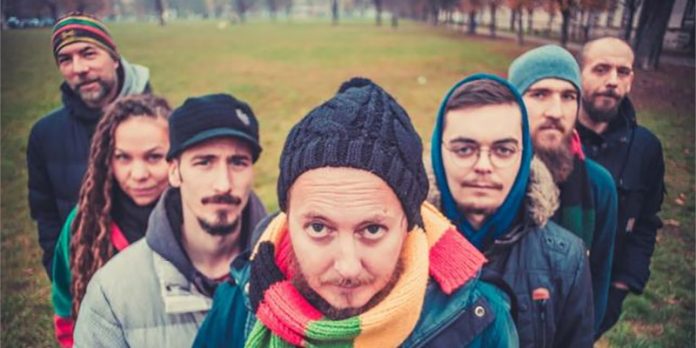 In early 2020, when the year looked promising, the Brain Holidays realized their long-held dream. Croatian Reggae band Brain Holidays went to Jamaica to hold a concert in Kingston and record their fifth album in Tuff Gong Studio.

The material, which is recorded in the best-reviewed studio in the Caribbean which is founded by the legendary Bob Marley is published on December 11 under the name “Jamaican Connection” for Dallas Records. On the album they hosted the Jamaican singer Italee in acclaimed single “Petar Pan”. This trip not only created a one-way collaboration, but the band has meanwhile been working on materials from Italee that will be found on her next album. In Zagreb they invited Saša Antić (TBF), Kandžija and Brico to give with their specific rhymes contribution to Croatian Reggae music.

Serbian virtuoso Hornsman Coyote, whom they met in Jamaica and spontaneously invited him to the studio to collaborate with their songs on the trombone, further enriched the already striking reggae sound of Brain Holidays. Danko Krznarić on keyboards, Marko Borić on percussion, Tina Bukić on backing vocals and Domagoj Tafra on guitar also left their mark on  the album.

Roland Mc Dermott, who has worked on a large number of highly acclaimed world Reggae releases in the last twenty years, was in charge of recording the album in Tuff Gong. The album  also features two previously recorded songs (“Na put” and “Away”) at the RSL studio in Novo Mesto (Slovenia).

The production and mix are signed by the founder and frontman of the band Marko Gaćina, while Krunoslav Licitar from Red Records studio was in charge of mastering. The album cover was designed by the band’s longtime collaborator Maksimilijan Gečević aka Skam Works.

Find out how the material recorded in the cradle of reggae music sounds at the links:
Follow Brain Holidays online:
www.facebook.com/holidays.brain/
https://twitter.com/BrainHolidays

Gentleman’s Dub Club Releases A New Album Down To Earth