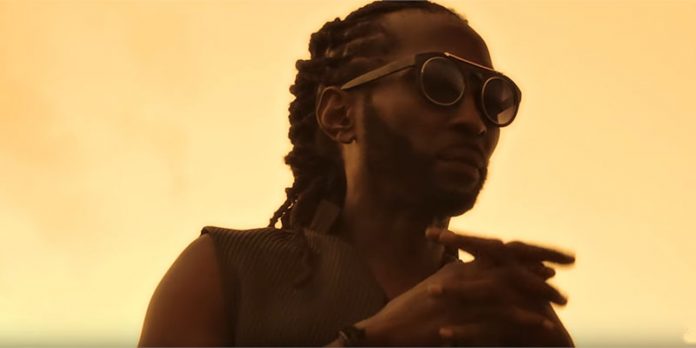 Recording artiste Young Garvey gets sensual in his latest single, “Slow Whine.” Produced by Bright Beam Music, the track was released in September 2020.

“It is a song for the ladies, it is about a girl dancing seductively and a man appreciating her,” the artiste explained. Straying from the norm, the artiste tried something new with this track, which has paid off based on the positive feedback so far.

“The reception has been very good, normally I do Reggae music but I decided to switch it up with this track and the people really love it,” he stated.

Signed by Leroy Sibbles, for just about two years now, Young Garvey has been making a name for himself in the music industry in several capacities. Having spent a long period of his life overseas, he started pursuing music professionally when he returned home to Jamaica. His earlier stints were as a producer; his first major riddim release was called “Contagious” and featured acts such as Capleton, Mr. G and Harry Toddler. Since then, he has transitioned into the artiste side and now lends his voice to his own tracks.

“My style is unpredictable; my music is dependent on how the riddim makes me feel. It’s really a combination of many different styles – Hip Hop, Dancehall, Reggae – you could say that I am genre fluid,” the artiste expressed. He is known for previous tracks such as “Cool Natty”, “One More Sad Song” “Money Where You Gone”, “Work Hard”, and the highly successful “In These Times” which has been doing exceptionally well on YouTube.

In the pipeline is a live full-length studio album  that is set to be released in January 2021.The recording artiste enlisted musicians such as Dean Fraser, the late Dalton Browne, Bongo Hermon, Fab Five/ Unique Bands and Leroy Sibbles, who played the bass, to complete this project.

“Slow Whine” is available for purchase and streaming on all major digital platforms online.

Shakdem Tells His Listeners To “Watch Out” for Badmind People