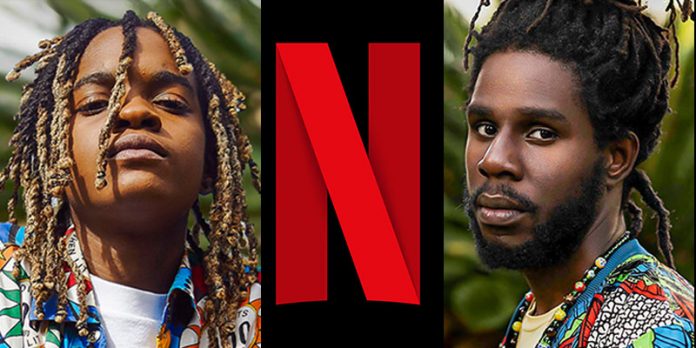 Reggae music received another huge boost on the silver screens recently when two tracks from entertainers Chronixx and Koffee were listed on the official soundtrack of one of Netflix’s latest thrillers, Fatale.

The movie which stars Hollywood A-listers Michael Ealy and Hilary Swank chronicles the life of an ex-basketball player-turned-successful businessman (Ealy), whose normal marital life is turned upside down after a one-night stand with a determined detective (Swank). Ealy, who plays Derrick Tyler in the movie, finds himself the prime suspect in a murder investigation led by Swank, who plays Valeri Quinlan after his wife ends up dead.

Fatale was released in December 2020. In the scene that brought Ealy and Swank together for the first time on screen, the pair sat at the bar of a nightclub with Koffee’s Toast playing in the background. Chronixx’s feature came in the form of a collaboration with American RnB group Free Nationals. Their song, Eternal Light, which was released in 2019, was used in a scene where Ealy and Swank attempt to get more acquainted. Koffee and Chronixx were also officially credited for their work on the movie’s official soundtrack released by the IMBD platform.