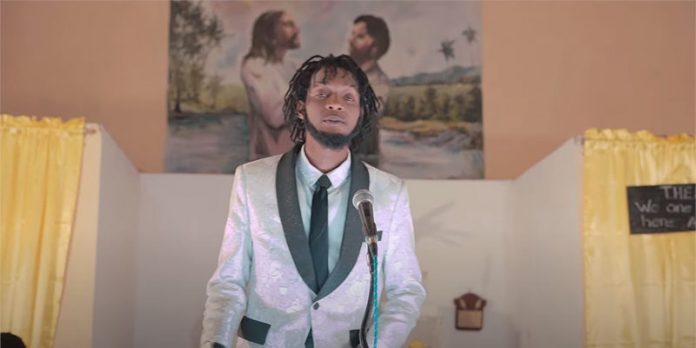 Dancehall artiste Kempo has a song from the heart, aptly titled “Protect Me.” The song was produced under the label Sunny Island Records.

“The song is very personal, it’s about a rough period I was going through. I felt like I was alone because I had been betrayed by people I cared for most and my only resort was turning to the Almighty for clarity and guidance. The song highlights the difficulties I faced and how I eventually overcame them with the help of my own understanding,” the artiste explained. With the positive and relatable messages throughout the song, the artiste is expecting it to connect with music listeners all over.

“For this track, I’m simply hoping the wider public may be able to relate to the message and find comfort in knowing someone else is going through the same struggle and that there is hope at the end of the tunnel,” he added. An accompanying music for the track has been shot and promises to thrill.

“We are currently in the final phases of completing the video, so it too should soon be available to the public. It’s a fine piece of art. We spent a lot of time in the creative stages and it was magical in the end. Stay tuned for that video, it’s going to be epic,” he revealed.

Born Kemarly Dembroski Lindo, the Montego Bay-based musician has been on what he describes as a long yet exciting musical journey for the past 5 years. He was born into a musical family, as the nephew to the late Earl Wya Lindo, who was an activist and keyboard player for Bob Marley & The Wailers. Heavily inspired by Reggae legend Ini Kamoze, Kempo is focused on creating the same type of compelling music as his inspiration.

“What ultimately sets me apart from everyone else is my eagerness to be different and willingness to be consistent. I spend a lot of time perfecting my craft because it’s more than just music for me. Music is a universal language that can break barriers and enter hearts, which means it’s a priceless commodity and I treat it as such, as well as I’m very mindful of the messages I put into the universe,” the artiste expressed.

On the horizon for Kempo is plenty of new projects, including a brand new EP which is currently in the works. The official pre-order and release dates for “Protect Me” will be revealed soon; details will be provided on Instagram via @kempo_muziq and  @sunnyislandrecords.

Walshy Fire and the Expanders Release Piece of Love Riddim