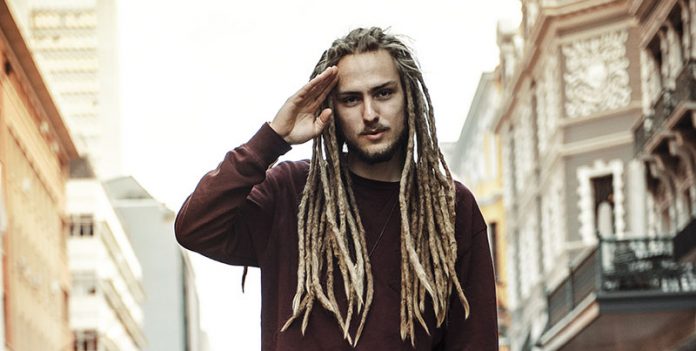 The global “Economical Crisis”, exacerbated by the coronavirus pandemic, is keeping the world in suspense. Although conditions differ from region to region, the uncertainty is palpable from Berlin to Cape Town, from Rio to Tehran.

In the spring of this year, the young Berlin artist Jon Moon, his Cape Town colleague Crosby Bolani and the legendary South African Azania Band came together to begin working on a new song, but after the ﬁrst studio session, South Africa went into lockdown. Jon Moon had to go back to Germany and the team was left with half a song. But, despite the distance and the restrictions, a song was ﬁnally produced that tries to observe and deal with exactly this situation.

Of course the (economic) problems of this world are very complex and diverse, but they inﬂuence each other and are ultimately interrelated. The ﬁght against ISIS in the Middle East (“Inna di Middle East dem ﬁght agains ISIS”) affects oil prices worldwide, which has a direct impact on transport in a country like South Africa.

Just as food prices parallel rising unemployment and loss of opportunity (“Mr. Babylon increase the food prices”). And in the end, once again, the poorer lose, while large, global companies are making ever greater proﬁts during (or perhaps as a result of?) the corona crisis. “Economical Crisis”, a serious and energetic song, tries to draw attention to this. But again, Moon does not lose sight of hope: “But Babylon shall fade away, because we will never go away!”

“Economical Crisis” was published digitally on November 20th by Yutman Records and is available in all online stores.