GB had lots of early influences growing up around reggae music, attending his first big dance going to listen to the first Jamaican sound that visited England. That’s was ray symbolic with the bionic DJ ranking jo and jah screw who used to select stur-gav,

Gaffa Blue was raised in Battersea, South West London in the mid-60s, born to Jamaican parents he was raised in a household with a vibrant cultural mixture of reggae and ska music. Gaffa Blues earliest memories are of his Mother and Father hosting dance parties on weekends, this is where Gaffa Blues adoration for reggae music was first born. He remembers the first ever record he bought from Slip Disc record shop, called Ballistic Affair by Leroy Smart. He couldn’t have known at this point, that this first record purchase would be the start of a lifetime love affair and career within the reggae music industry.

GB had lots of early influences growing up around reggae music, attending his first big dance going to listen to the first Jamaican sound that visited England. That’s was ray symbolic with the bionic DJ ranking jo and jah screw who used to select stur-gav, what a night in 1980 Wandsworth Town Hall the admission fee in those days was only £1.50 and this was the defining and captivating moment, GB knew he would become a selector. 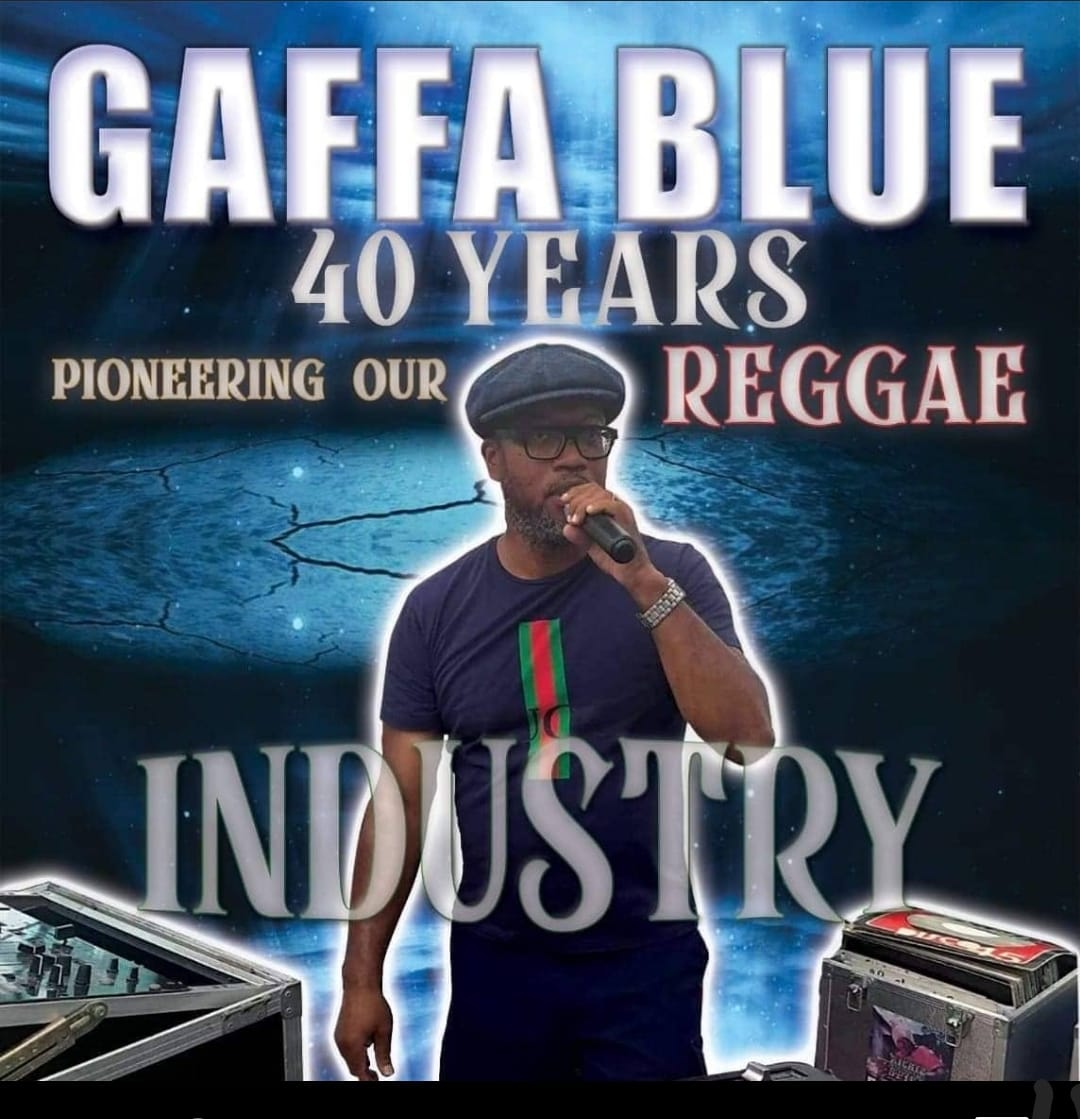 As a teenager Gaffa Blue attended Spencer Park Secondary School, where he met and became friends with 7 other students. In 1980 they would go on to create a sound system called Young Diamonds. During this period of Gaffa’s teens he and his friends played out at numerous local venues in Battersea, and Gaffa Blues career as a DJ and selector had begun. At school, Gaffa Blue also had a passion for cricket and was a talented and respected bowler for his schools cricket team.

With adulthood looming, Gaffa was faced with decisions about his future career goals. He would then embark on a 15 year career at Dub Vendor record shop in Clapham Junction. This began as a part-time job and he later went on to become a full-time member of staff. This is where his appreciation of the reggae music industry grew. He learnt first-hand about record distribution, recording studios the record pressing trade as well as gaining extensive knowledge of the vast reggae music catalogue. He was afforded the opportunity to be exposed to, many, many famous reggae Singers, Musicians, Producers, Distributors and Sound System Owners.

With the wealth of knowledge, expertise and contacts he made at Dub Vendor, he decided in 2001 launched his very-own distribution company, GB Distribution.

In addition to Gaffa Blues Dub Vendor career and GB Distribution Company, he has been a DJ/Selector for Killer Watt Sound and First Class Sound. Most notably, in August 1990 Gaffa Blue joined and became the resident selector of Nasty Love sound system, the then number 1dancehall sound system in London. He would stay with Nasty Love for 8 years.

Gaffa Blue has been interviewed on Capital Radio, and has had countless mentions and write ups in magazines and newspaper articles, most famously NME.

Gaffa Blue has also been interviewed for and featured in a BBC documentary marking the 50th Anniversary of the Notting Hill Carnival, which was televised in August 2015.

Gaffa Blue continues to actively DJ and select for Nasty Rockers, he has DJ’d in France, Spain, Germany and Portugal to name a few.